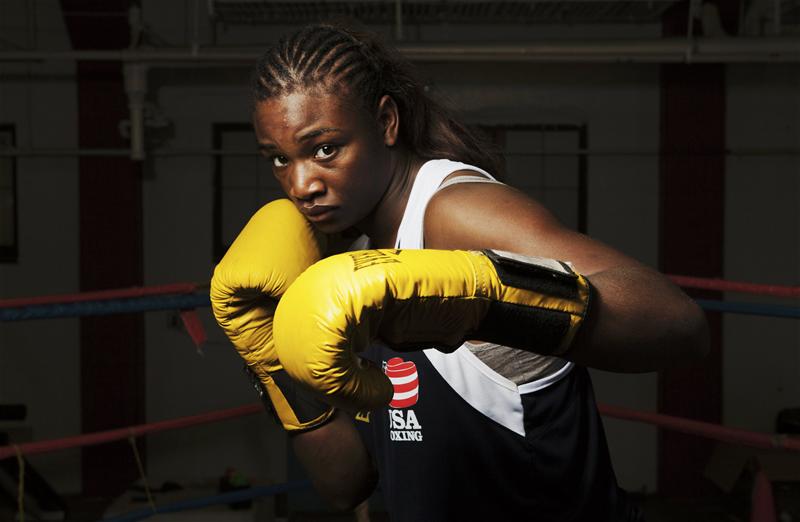 The twenty-one-year-old Shields coasted to a unanimous decision victory on the Sergey Kovalev – Andre Ward undercard, earning 40-36 marks on all three of the judges’ scorecards.

Shields began her professional career on Saturday night with a right hook that seemed to have been blasted out of a cannon.

There was no testing of the waters for the twenty-one-year-old. No assessing distance with calculated jabs. No moving around the ring timing and calculating her approach. Just an explosion of a punch aimed at ensuring that nobody missed her message. “I’m here now.”

Shields didn’t go up against an untested foe nor a washed up veteran in her professional debut. Former United States Champion, Franchon Crews, also making her first appearance in the paid ranks, was a formidable opponent possessing a decorated amateur resume.

The twenty-nine-year-old Crews showed a ton of heart, going toe-to-toe with her younger opponent, but it was not enough to prevent the Flint, Michigan native, from making the statement that she said out to make on Saturday night in Las Vegas.

“I’m a once-in-a-century fighter and I fear no one,” said Shields prior to her debut performance.

The action-packed affair had the fighters trading violently against the ropes just seconds after the first bell. The speed advantage seemed to tilt toward Shields as she launched accurate four and five punch combinations on Crews.

Crews responded nearly blow-for-blow but a strong left hook upstairs from Shields got her attention and backed her up toward the center of the ring.

In the second, Crews jumped off her stool aiming to match Shields’ aggression but was ineffective in launching a sustained attack. The frustrated Virginia native shoved Shields down to the canvas and received a stern warning from the official as a result.

Once vertical, Shields returned the favor with thudding body shots that began to wear her foe down.

Crews found some success with well-timed counters in the second half of the fight and landed her best punch of the night halfway through the third. The right-hand counter landed flush on Shields but the blow seemed to have little to no effect on her opponent as Shields refused to retreat.

In the fourth and final round, Crews received another warning for pushing Shields, an assault that brought out the fire in the former gold medalist.

Visibly upset and with her first win already in the bag, Shields went on hot-pursuit landing a thudding right hook on Crews but it failed to have the desired KO effect with seconds left in the debutantes’ first event under the bright lights.