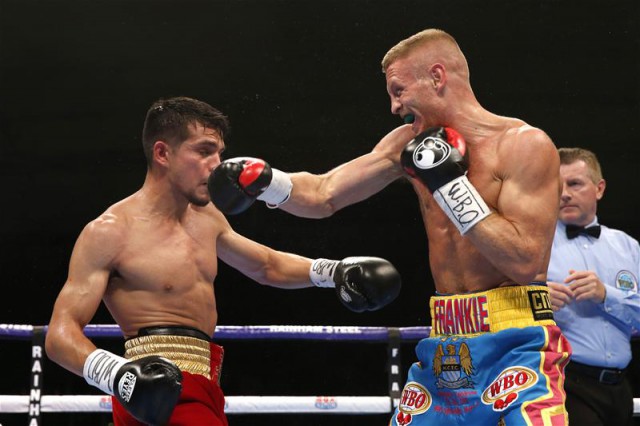 I HAVE to say a very unsatisfactory end to what promised to be one hell of a fight between Terry Flanagan and Jose Zepeda. Despite some fans suggesting the contrary, the result was exactly right as he injured himself, and it was through no fault of his opponent.

This unusual ending to the fight bought back memories of Danny Williams who dislocated his shoulder against Mark Potter, his corner put it back in only for it to pop out again. With the fight on the brink of being stopped in Potter’s favour, Williams knocked him out his other arm. Zepeda’s corner attempted to put his shoulder back in place but they did not have the expertise and it can be dangerous if the nerve ends get trapped in the process (worse still if it’s put back upside down).

I also remember many years ago when I was  pro I was fighting in Warrington, and the fight before mine was the unbeaten Eammon Cole who also had to retire with a dislocated shoulder I remember passing him on my way to the ring and the poor fella looked like Quasimodo.

On the same show last Saturday Paul Butler gave Gustav Molina a good hiding from which referee Howard Foster made a good call in stopping the fight and, you guessed it, there was a large section of people that thought the stoppage premature. It is just the same as my contest a couple of weeks ago with Jamie Conlan and Junior Granados where a large portion of the crowd thought I should stop Jamie. But the only the person that can see the punches, feel the fighters’ passion (or lack of it) and have first hand feeling of his body language, is the referee in the ring – a breath away from the fighters – and not Joe Public sitting at ringside, or 10 rows back, or even more.

With this in mind I recall looking at an action picture of Keith Thurman and Luis Collazo last week with the referee watching on, and he was wearing spectacles. I would not advise that as there is every chance of them being dislodged when close to the action, but also he had a mini camera fixed to the side of the spectacle’s frame (not unlike rugby referees although there camera is held in place by a strap round the head). I wonder if this is the way sport is going, although I am not in agreement myself as no matter how much machinery we use we will always have human error. The sport of boxing has survived for donkeys years with strange decisions, good and bad, with judges, without judges, with cameras, and without cameras, and it was far more exciting back in the 50s, 60s, 70s and 1980s.

I do believe we experimented with a camera in this country a few years ago with it fixed to the bow tie but I think it died a death, (mind you those TV cameras way a ton). I thought I would call some of our referees to see what their thoughts on this were, and like me they were not too enthusiastic. We as referees wear the minimum of objects that can injure a fighter or even ourselves if by accident it comes into contact with either of us, although one did say he would give it some thought if he got paid the camera man’s wages as well. Maybe I should run a competition to see if you can guess who it was (it wasn’t Mark Green he has retired).