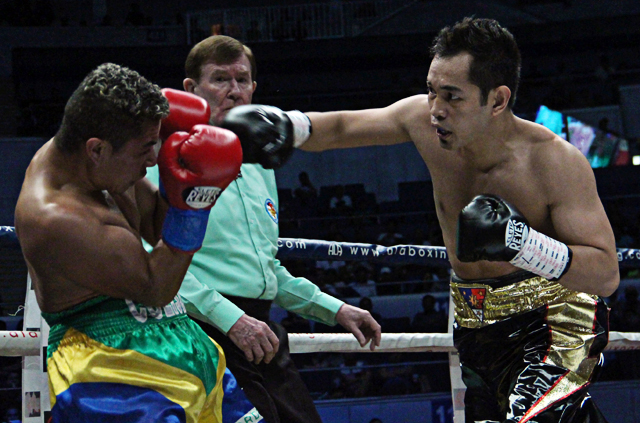 Hearn had publicly offered Carl Frampton £1.5 million for the Quigg fight (click HERE for more). “We offered them 60-40 to the winner on a co-promotion and that didn’t work so we offered them a 1.5 million guarantee,” he explained. “Carl Frampton [is] a big part of the fight but they’re not bringing any revenue. We’re the ones who are providing the revenue via Sky.”

The Matchroom boss continued, “If it was that bad an offer originally, make us an offer. I really like the Nonito Donaire fight for Scott Quigg. I’d love to make that fight.”

He wants to bring the former world champion to Manchester to fight Bury’s Quigg. “We’d like him on July 18 at the [Phones 4 U Arena], it’s expensive but I just love the fight. I like the Kiko Martinez fight. But I think Donaire makes a real statement. Scott will be fighting on July 18 in Manchester.”

Guillermo Rigondeaux is considered to be the best super-bantamweight in the world. After beating Donaire in 2013 the Cuban holds the WBO and WBA Super titles, while Quigg also has a ‘regular’ title from the WBA. In a statement Rigondeaux declared his intentions to seek out a fight with Quigg. “I don’t like traveling overseas unless I have a fight lined up,” Rigondeaux commented, “but I will travel to England in May to publicly call out Scott Quigg. If he turns down the chance to fight our WBA mandatory, he will be remembered for that instead of being known as a great fighter. While I’m in the UK, I will also go to Belfast to checkout Carl Frampton to ask if he wants to prove himself against the best in his division.”