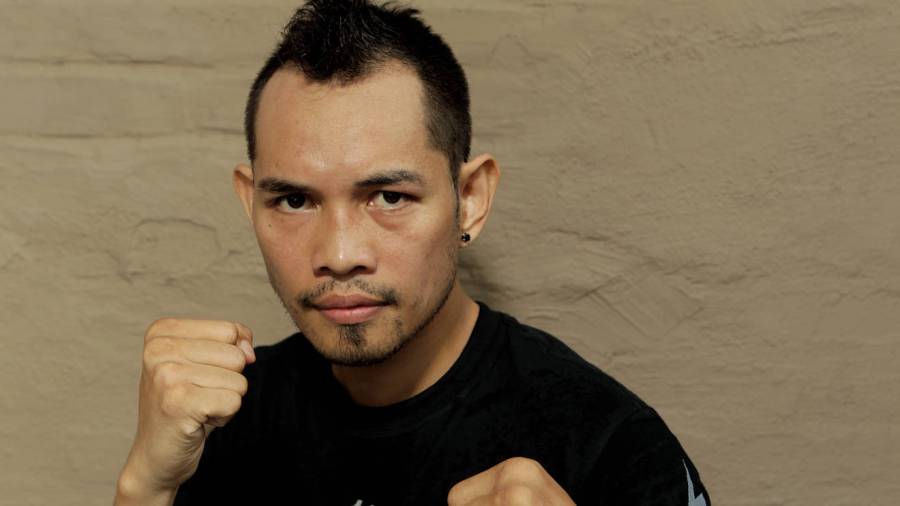 Admirable veteran Nonito Donaire steps in for Rigondeaux to fight Casimero in hugely enticing bantamweight scrap, writes George Gigney as he rounds up the breaking stories

NONITO DONAIRE, at the age of 38, continues to show boxing’s young stars how it’s done. The Filipino star, just weeks after stunning Nordine Oubaali to win yet another sanctioning body belt, has confirmed he will be meeting John Riel Casimero in a bantamweight unification bout on August 14.

Donaire rolled back the years to run over Oubaali inside four rounds in late May, setting up a tantalising swan song to what has already been an incredible career. The victory set him up for some potentially big fights, but few – if any – expected him to sign to fight hard-hitting Casimero.

This is mainly because Casimero was booked to fight former Donaire-conqueror Guillermo Rigondeaux. However Showtime – who are broadcasting – switched the Cuban out for Nonito in order to stage what they feel is a more marketable fight. That might seem a little harsh on Rigondeaux, but he hasn’t fought in almost a year-and-a-half when he laboured past Liborio Solis for a spurious belt.

Donaire could have retired years ago and still have been a lock for the Hall of Fame, but he continues to pursue greatness, all with a smile on his face. He was in Las Vegas over the weekend, cracking jokes and taking pictures with former foe Naoya Inoue.

He’s a breed that’s not often seen in boxing anymore, a fighter who will seek out the biggest challenges no matter the odds and who will treat any and all opponents with the utmost respect. There’s no pageantry with Donaire, he just wants to fight the best, and it’s a joy to watch him do it.

In his heyday, Oscar De La Hoya didn’t shy away from a fight either and now, at 48 and 13 years removed from his last contest, a painful hammering at the hands of Manny Pacquiao, he is officially returning to the ring for an exhibition. He will face former UFC fighter Vitor Belfort, who is 44.

The contest will top a card on Triller, but the interesting news surrounds where and when it will take place. September 11 has been blocked out for the show – which will apparently heavily feature music performances – and it looks like it’ll be in Las Vegas, according to BoxingScene.

The reason this is intriguing is because Canelo Alvarez, who infamously split from De La Hoya’s Golden Boy Promotions last year, is also planning to fight in Las Vegas on either September 11 or 18, in order to coincide with Mexican Independence Day, which falls on September 16.

Two of the front-running venues for Canelo’s next fight, which could be against Caleb Plant, are reportedly the Allegiant Stadium and the T-Mobile Arena. The problem is that both locations are booked on September 18 – the former is hosting a football game, while the latter will be holding a two-day music festival over that weekend.

This means Canelo and De La Hoya could not only be going head-to-head for views, but also in terms of where their respective fights will take place. The MGM Grand in Vegas is still an option for both as well. Nothing would better exemplify the current state of boxing than Canelo competing against his former promoter for attention on the same night.

The World Boxing Super Series (WBSS) is back and for the first time will hold an all-female tournament. No official announcement has been made about which fighters will be involved, though the tournament will focus on the super-featherweight division.

“It’s fantastic the opportunity is being given to women for a sport that’s so hotly developed, especially during lockdown,” Kalle Sauerland told The Athletic.

“There’s been some real bangers with the women. We’ll be opening the doors to all the promoters in the world.”

Terri Harper and Mikaela Mayer could be involved, as well as Natasha Jonas. Organisers will undoubtedly be hoping to attract undisputed lightweight queen Katie Taylor into the tournament as well.

It’s encouraging that a competition like the (WBSS), which has produced some terrific match-ups over the past few years, is investing in women’s boxing. This could help facilitate some huge fights and provide yet another significant platform for female fighters.

Mike Tyson is no stranger to drugs – he has his own strain of marijuana and his podcast is literally called Hotboxin’ – but he’s now banging the drum for psychedelics to be used in the treatment of repetitive traumatic brain injury.

He serves as an advisor on the board of Wesana Health, a biotech company looking to bring psychedelic drugs to market as treatments for fighters and other athletes who have suffered brain injuries. While it might seem, well, trippy, at first, there is apparently scientific evidence to back this up. The Guardian ran an interesting piece on the topic, with input from Tyson, WBC President Mauricio Sulaiman and scientists.

The press conference for Tyson Fury’s third fight with Deontay Wilder produced the longest face-off in boxing history, according to the event’s organisers. The pair looked into each other’s eyes for roughly 5 minutes and 40 seconds, which is longer than I’ve ever looked at anything in my life without looking away, so kudos to them I guess.

Wilder also wore headphones throughout the entire thing in a bid to drown out any of Fury’s comments, inadvertently admitting that he still isn’t mentally prepared for Tyson yet. He also, once again, intimated in interviews afterward that he wants to kill Fury in the ring.

UFC legend Anderson Silva proved that he might actually be a good boxer, even at 46, by outpointing Julio Cesar Chavez Jnr on Fite.TV. Silva wasn’t really fancied to beat the former middleweight champion, but he looked shockingly good while taunting and outboxing the younger man.

He’s now 2-1 as a boxer, having last fought in 2005. Where he goes from here is anyone’s guess, but it was fascinating to see a mixed martial artist make such a successful transition to boxing, especially at this stage of Silva’s storied career.