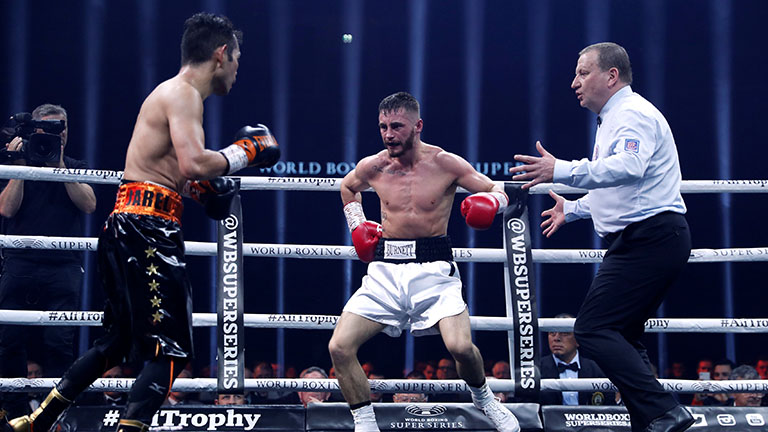 AT the age of 35 Nonito Donaire has dropped down two weight classes and won another world title. Yet his victory came in bizarre fashion at the SSE Hydro in Glasgow on Saturday (November 3). Ryan Burnett was throwing a right cross in the fourth round and collapsed to a knee, clutching his back. Bravely he beat the count and Donaire stormed forward.

Burnett made it through the remainder of the round but his trainer Adam Booth would not let him off his stool for the fifth. Even as Donaire became the new WBA bantamweight world champion, he scarcely celebrated. Burnett had to be carried from the ring on a stretcher.

The four rounds it lasted had been competitive. Donaire had merrily chucked rights hands across and looked sharp on his feet. Belfast’s Burnett however had been strong, linking up combinations and impressing when fought aggressively.

“A win is a win but I’ve got to give it to Burnett, he is an amazing fighter,” Donaire said. “The guy was fast, the guy was strong as well.”

This was a World Boxing Super Series quarter-final. Donaire will fight WBO champion Zolani Tete in the next stage.

“I’m always good enough, I’m going to be victorious,” Nonito said. “Now I know I still have that speed.

“Age ain’t nothing but a number.”

On the undercard Zach Parker was the beneficiary of baffling split decision against Darryll Williams that gave him the British super-middleweight title.