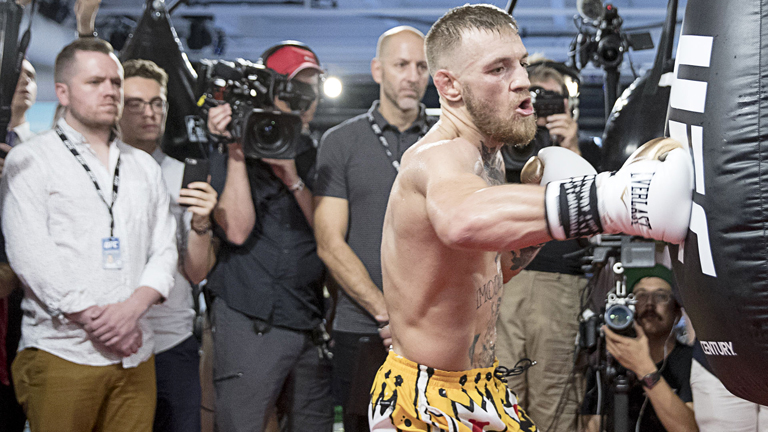 In his Letter from America, Tony Jeffries has a more sober and precise prediction for Conor McGregor against Floyd Mayweather

I just had Saul Milton from the huge drum and base band Chase & Status on my Box ’N Life podcast and he like many other MMA fans thinks Conor McGregor is in with a real chance at beating Floyd Mayweather.

And to be fair to him he has some valid points, Conor does have a different and unique style compared to just about any other fighter out there. I think the real intriguing thing about this fight is no one really knows what the hell he is going to do. Conor likes to hurt people, he obvisally can punch very hard, especially with that left hand, and when he was sparring in my gym Box ’N Burn against Chris Van Heerden the one thing that impressed me more than anything was how elusive he was, his lay-back defence followed by a fast, hard straight left hand was as good as I’ve seen on any fighter in all my years of boxing experience.

Saul, who creates some of my favourite music, is a huge boxing and MMA fan and can’t wait to see this fight. He said on the podcast that he thinks with McGregor’s youth and power that he could have what it takes to finish the pound-for-pound king early and to be honest I hope he is right!

I met Mayweather one time after I came back from the Olympics. I went to his gym in Vegas in 2010, excited to meet him. He walked in the gym said hello to everyone, when he seen me he looked me up and down and said to the guy who let me in the gym, “Who the f*** is this?” After that day I never wanted him to win a fight since.

I predict that Mayweather will win it inside five rounds thanks to a body shot. It doesn’t matter how strong you are, or how many abs you have rippling through, if you get hit in that sweet spot underneath the floating rib then it’s game over.

Unfortunately, that’s how I see this one going. Either that or McGregor will kick him in the head and get disqualified!

Check out the podcast and hear us get right into it about if it’s good or bad for boxing should Mayweather lose this fight, and what both fighters might do based on the outcome of this once in a lifetime mega event: