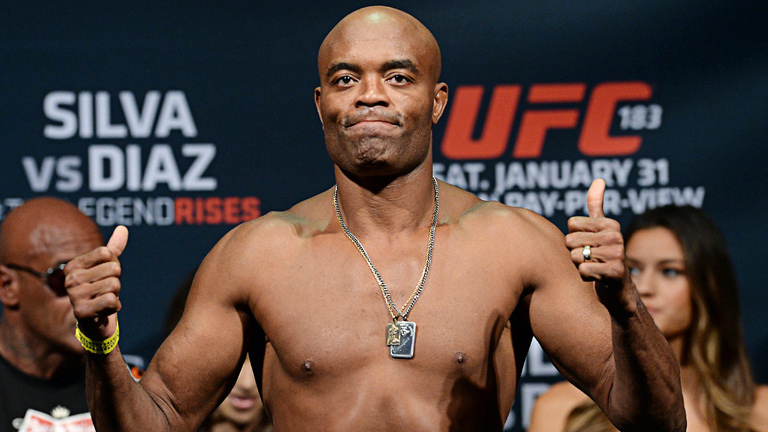 Martin Potter considers whether Anderson Silva can come back

WHEN Anderson ‘The Spider’ Silva steps into the Octagon at London’s 02 arena on February 27, he will not only be facing Michael Bisping, he will also be taking on the might of Father Time; an opponent who always wins in the end.

A few years ago when Bisping originally wanted the bout the overwhelming consensus was that Silva would win decisively. Silva always won decisively. But then things changed…

If the knockout loss in his first fight with Chris Weidman caused some damage to Anderson’s mental state, the devastating injury suffered in the rematch defeat wrecked him both physically and psychologically. A lacklustre comeback win (later changed to a no contest) was followed by a ban for use of illegal substances and the question has to be asked: can a man who is now in his forties, having had back to back morale sapping defeats, a career threatening injury and two long layoffs really regain the fitness required, the mental fortitude required, to climb back to the top of the UFC mountain?

Maintaining the fitness required to compete at the highest level of MMA is tough for the sports young guns, let alone older fighters. UFC legend Randy Couture showed that championship fights could be won after the age of 40, but Couture used pioneering (at the time) fitness training techniques including plyometrics. Throughout his career Couture’s game was built around being the fittest guy in the Octagon and relentless cardio; Anderson Silva has never really been that way. Although cardio was never cited as a weakness, Anderson’s style has always been about balletic brilliance, athletic movement and sharp striking, always done at his own pace, which aside from when finishing fights, could never be described as frenetic.

The problem faced by Silva now is that he is seen as beatable, his speed, athleticism and technique after such protracted periods of inactivity will not quite be there and the harsh reality is they might never come back. Can any amount of strength and conditioning training, rehab, sparring or sports phycology convince Silva to throw his low whipping Muay Thai kicks with the venom he did pre injury? Is the desire really still there for a fighter who has done it all and done it so well as to be considered the greatest to ever put on the four ounce mitts?

This website is about fighters using fitness techniques to enable them to reach peak performance every time they enter competition. But ultimately fitness, whilst an invaluable tool, can’t defeat age and injury at the highest echelons of sport and Anderson Silva, for all his efforts in the gym, just might not have enough to overcome the undefeated Father Time.