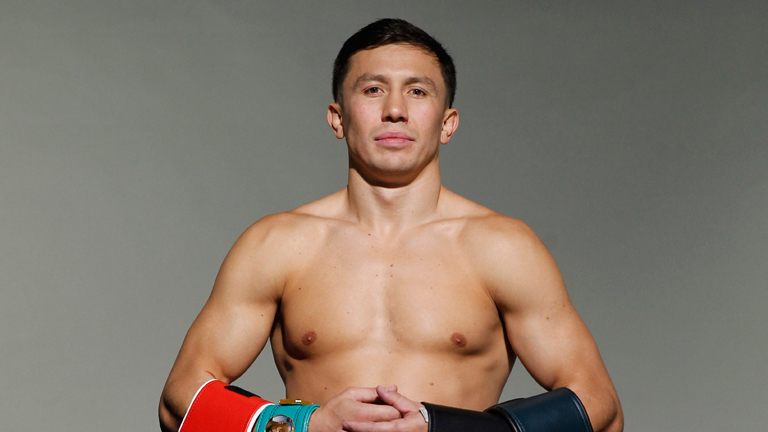 For Gennady Golovkin there is no tomorrow, writes John Dennen

THE stakes are high when Gennady Golovkin boxes Danny Jacobs on March 18 at Madison Square Garden in New York. There will be no rematch clause for Golovkin, the WBC, WBA and IBF middleweight champion, when he takes on the skilled, rangy Jacobs.

“There is no rematch clause in this fight. This is for all the marbles,” said promoter Tom Loffleur. “It’s all or nothing. That’s the definition of two gladiators getting into the ring.”

He continued, “When you have two fighters entering the ring with 35 consecutive knockouts [together] on their resume that’s a huge statement of their punching power.”

Golovkin gave no indication that he was concerned, even though Jacobs might be the most difficult challenger he’s faced yet. The Kazakh called Jacobs the “best opponent” he could have.

“I respect,” Gennady said. “It’s huge, a huge chance for me, for us, for everybody. I believe Daniel he is ready for this fight.”

He appreciated the magnitude of the fight. “This is the dream, the dream for everybody. Very important for us who is number one, number one in the middleweight division. Not tomorrow, not the future,” he continued. “I promise you’ll have an amazing show, history show, amazing step for us.”