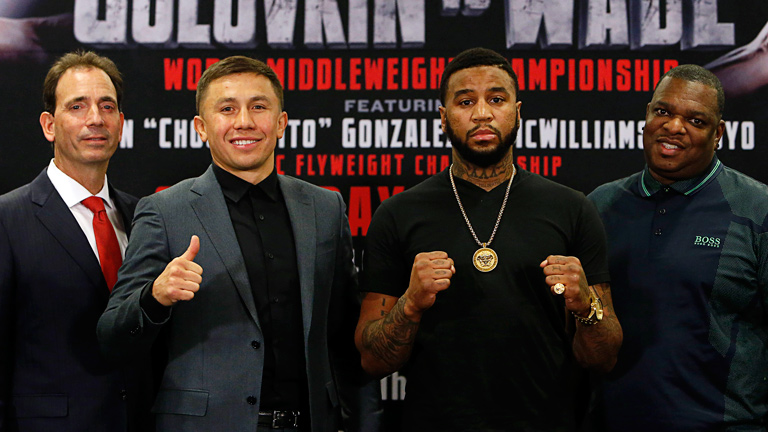 Dominic Wade had no reservations about fighting Golovkin

Though most have written him off against the Kazakh wrecking ball, who will be defending his IBF and WBA titles, Wade remains confident.

“I’m prepared. I’m ready. I’m just coming there to do what I have to do. I’m definitely hungry. I definitely want the titles. When my manager called me and told me about the fight I was excited. I could have run 30 miles right there. It’s gonna be a show. I ain’t scared.”

Currently on a 21 fight stoppage streak, Golovkin has struggled to tempt big names into the ring with him.

His manager, Jerry Vines, revealed that Wade didn’t hesitate for a second when the fight was offered to him – though he did have one question.

“I called him up and asked him if he wanted the fight and he said, ‘Hell, yeah! Is it for his titles?'” he said.

“We made this fight in a week, which means everyone was committed.”