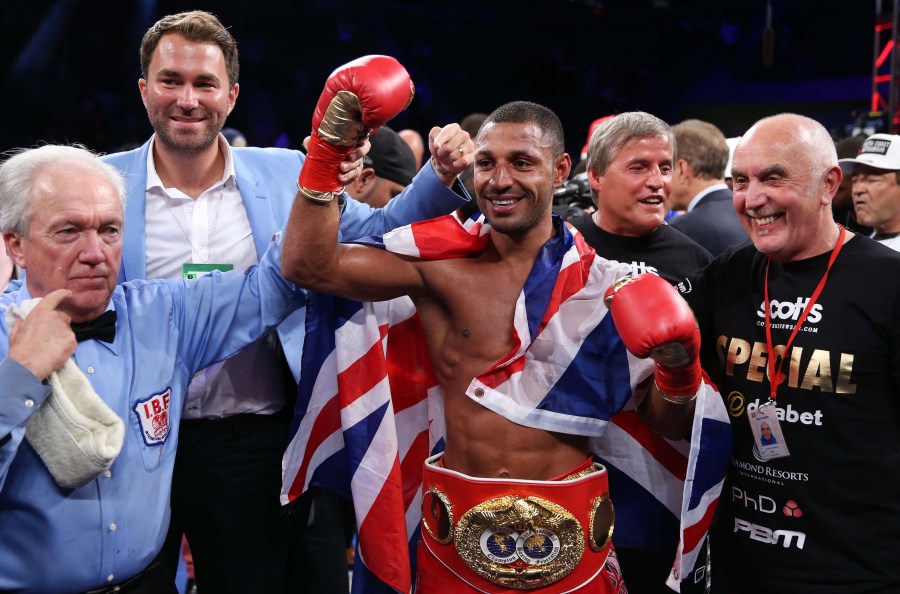 COOL and composed throughout the fight, Sheffield’s Kell Brook captured the IBF welterweight crown by taking a well-deserved majority decision against pre-fight favourite Shawn Porter in Carson, California. Many thought it was a huge gamble by Matchroom boss Eddie Hearn to take the fight in the States instead of giving Brook home advantage, but now his plan looks a masterstroke as Brook put on his best performance and was given huge exposure by being showcased by American TV giants Showtime.

Porter started the better, rushing Brook and forcing him on the back foot. It wasn’t pretty but very effective as he swarmed Brook, stopping the British challenger from getting his own punches off. Brook stayed calm though, and gradually got himself back into the fight, using his jab as a range-finder for his quick right straight hand that began to land in the second round. The American champion was still doing most of the work and was still fresh at this point. He seemed to take most of the early rounds on his work rate, while Brook, for a round or two, was content to guard the cut he had over his left eye. At this point, this writer’s scorecard read 58-56 Porter.

The second half of the fight saw a shift in momentum. Brook was landing more straight rights as he began to time the champion’s crude attacks. The jab was keeping Porter at bay as Brook was beginning to pile up the points. A nasty cut didn’t help the champion as he showed signs of fatigue from his very fast start. Brook was in charge apart from the last round, where Porter made one final attempt at saving his title. It wasn’t enough for Shawn, as the two American judges, Adalaide Byrd (116-112) and Max De Luca (117-111), overruled British judge Dave Parris’ score of 114-114, handing the title to Brook.

Below is this writer’s scorecard, along with the official punch stats and over 60 media scores for this fight. The scores now also show which members of the media were at ringside or had watched on TV. An average score for the bout and the percentage of media who scored for each fighter is also included.