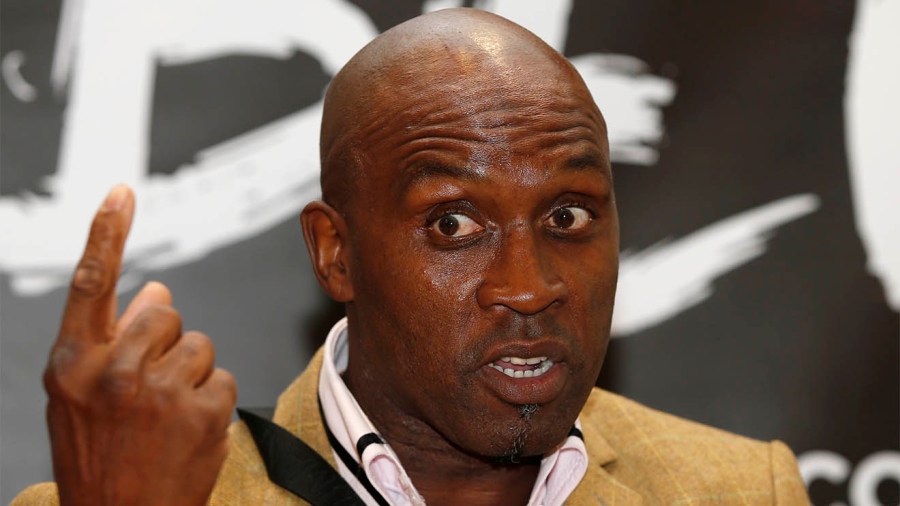 Time waits for no man, including Nigel Benn

BACK in 1996, Tony Blair was the hippest young politician in the country and John Major didn’t know what he was doing. Paul Gascoigne’s drinking habits were heroic and the Three Lions (on his shirt) shoulder-barged Gina G’s Ooh Aah… Just A Little Bit masterpiece off the top of the UK charts. Princess Diana was still fighting the good fight while Noel and Liam Gallagher claimed putting cocaine on their cornflakes was the secret of their success. Nicholas Cage was named the Best Actor at the 68th Academy Awards and Mel Gibson was the Best Director. The Samaritans set up a special helpline for suicidal Take That fans following the band’s break-up, but it was the arrival of The Spice Girls that should really be credited for easing the heartache. Linford Christie said a sad goodbye to Olympic competition when he was disqualified in the 100-metre final for two false starts. Ewan McGregor, meanwhile, shaved his head and sprinted through the streets of Edinburgh as Trainspotting posters became the wallpaper of choice for students up and down the country.

Nigel Benn lost three fights in a row and he retired.

Twenty-three years ago. A lifetime ago. A time before the internet and social media dominated everyone’s existences. A better time? Maybe. Maybe not. There were still bombs going off and murders and shootings. In truth, the ageing process steals any real sense of perspective when it comes to comparing yesterday with today. Optimism was rife in 1996, though. For a short time, almost anything seemed possible.

Anything except the impossible. Like turning back time. Even in 1996, we all knew that Nigel Benn had done the right thing when he retired. Thulani Malinga outhustled an increasingly disinterested Benn over 12 rounds before two punishing affairs with Steve Collins saw the Londoner twice quit on his stool.

Benn knew he couldn’t go on. His fans knew it and his team knew it. His greatest triumph, the tragic win over Gerald McClellan the year before, had stolen something from Benn and he was never the same again.

This week, Nigel Benn, 55 years old, announced he is to return to the ring in Birmingham on November 23. At the time of writing the motives for his comeback are unknown but the dangers, even if this is a one-fight only deal, should be blatantly obvious.

Over the last 23 years Benn’s body will have softened. Perhaps it’s still toned and aesthetically impressive, but it’s no longer conditioned for combat. His skin, his muscles, his chin, his stomach can’t possibly be ready for battle after so many years away.

No doubt Benn is looking and feeling great in the gym. For a 55-year-old at least. The boxing gym can play tricks on the mind, though. It can confuse bright futures with memories of the past.

Benn approached the British Boxing Board of Control and discussed the possibility of getting his licence back. He was advised against applying. Boxing News understands that Benn will instead fight on a British and Irish Boxing Authority-governed event. BIBA have struggled for respect since their inception. Critics – like BoxRec and BN – do not place their bouts on official record. They allowed Danny Williams to fight last year. Frans Botha, 51, is ranked the ninth best heavyweight in their International rankings. Yet they will tell you their health and safety regulations are among the best in the business. They will undoubtedly tell you that Benn has passed all of the tests, is fit to fight, so therefore should be allowed to do so.

But boxing is no place for 55-year-olds to be competing. Any boxing authority should know that. Nostalgia, when handled with care, can be a beautiful thing. When we listen to old songs and watch old films and think back to what it was like to be young. When we learn lessons from the mistakes we made and we move on.

But spending too much time dwelling on the past is unhealthy. Particularly when you’re a boxer craving just one last hurrah.