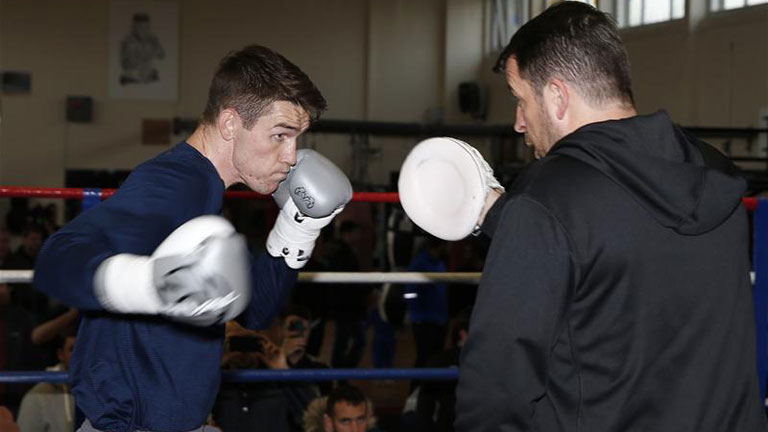 NIGEL BENN is adamant Callum Smith will become Britain’s next ‘superstar’ and would pick him over Gennady Golovkin and Sergey Kovalev.

A former two-weight world champion, Benn had a memorable run as the WBC super-middleweight king from 1992 to 1996.

Smith walked through Hadillah Mohoumadi inside a round at the weekend to earn a shot at the same WBC title, though Benn is not sure the Liverpudlian can gather the same sort of attention he enjoyed.

“I don’t think he’ll get as big as I got, because he doesn’t have the personality like me. But in the ring he’s got it all, he’s got it all. You have to remember, we were fighting on terrestrial TV and when I fought [Chris] Eubank there were 18 odd million watching on TV, people knew who we were.”

Golovkin and Kovalev rule the roost at middleweight and light-heavy respectively, and are considered two of the best fighters on the planet.

The 168lb division is one of the deepest in boxing at the moment, but Benn remains convinced that Smith is ready to clean it out.

“This guy is absolutely phenomenal. I was impressed with him straight away. I saw him just destroy a man that went 12 rounds with [IBF world champion] James DeGale. I watched him, and he is spiteful,” he said.

“There’s only one person who’d give him trouble and that’s the old ‘Dark Destroyer.’ He’s lethal.

It remains to be seen what Smith’s next step will be after securing his No 1 challenger status. Current WBC champion Badou Jack faces Lucian Bute on April 30, and the winner of that fight is scheduled to meet the James DeGale vs Rogelio Medina victor in a unification fight in the summer.

That would mean Smith is likely looking at a world title shot in early 2017, rather than later this year. George Groves has expressed his desire to face Smith, though doubts his handlers would ‘risk’ his lofty WBC ranking.