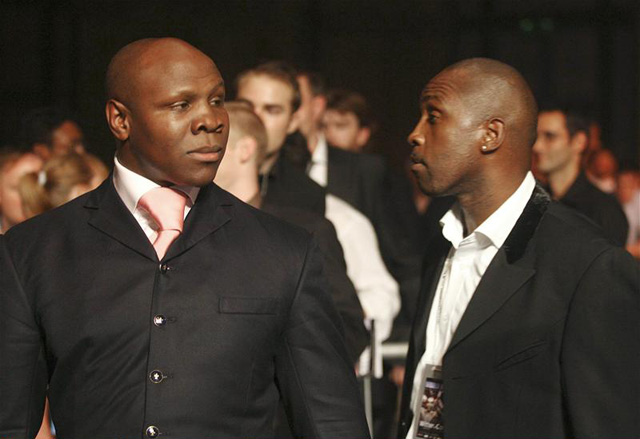 “I DON’T need the rage,” laughs Nigel Benn, a British boxing time bomb who used to set his wild explosions off in the ring.

Not too long ago Benn needed that rage. He made a career of it, lived a life of it but ultimately, with his “Dark Destroyer” moniker hung up for almost 20 years, he no longer wants it.

Benn’s fascinating path from violent gladiator to cerebral scripture-quoting counsellor has been documented, though now he lives in Sydney, Australia, away from distractions and without the glare of the British media shining so brightly upon him. He is a content, happy man.
Almost nothing can change that. Almost.

This year the 51-year-old and old rival Chris Eubank, 49 next month, have discussed having a third fight. It might settle nothing. It might not change a thing. But it excites Benn.

To read the outstanding six-page feature, where Nigel Benn discusses his career, fighting Eubank again and much more don’t miss the latest edition of Boxing News, in shops Thursday, but available on the Boxing News App right now. CLICK HERE