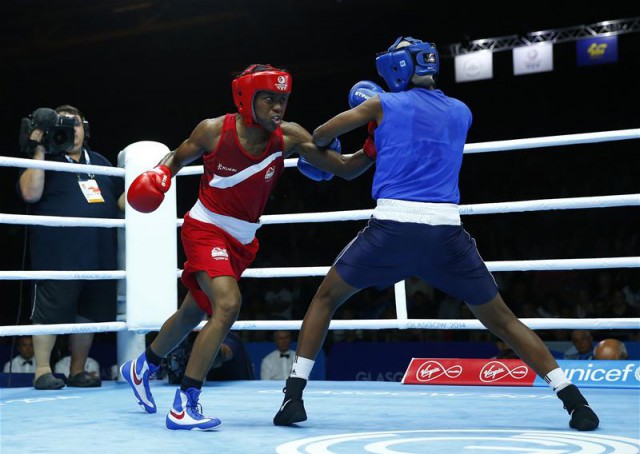 OLYMPIC Champion, Nicola Adams, will not compete at this year’s AIBA Women’s World Championships in Jeju City, South Korea as she needs to have surgery on a shoulder injury.

Adams will have an operation in the next two weeks to repair the injury to her left shoulder that has been troubling her since the start of the year.  She is expected to be out of the ring for four to six months.

“2014 is a very busy year for the women with three big tournaments and the medical staff have done a great job of managing the injury for over six months now however it became apparent during the Commonwealth Games that Nicola’s shoulder was deteriorating as the competition went on,” explained GB Boxing’s Performance Director, Rob McCracken.

“Nicola did extremely well to still win the gold medal however we were not confident her shoulder would stand-up to another two week competition (in November) so decided it was better to have the operation now.  The Rio Olympics is our top priority and we want to ensure Nicola is recovered and back to full fitness come 2016.”

Nicola Adams added: “I struggled through the Commonwealth Games so winning gold for England meant even more to me knowing I was not competing at my best.

“Choosing to have the operation now was not an easy decision.  I am gutted not to be taking part in the World Championships, as I know everyone was behind me, but having the operation now will mean I have longer to recover and will be able to return fitter and stronger.  I would like to thank everyone at GB Boxing and the public for all of their support.”

Adams’ withdrawal opens the door for Lisa Whiteside to compete in the 51kg flyweight category at the World Championships which will be held in Jeju City, South Korea from 13-25 November 2014.  Whiteside won a bronze medal at the 2012 World Championships competing at featherweight (57kg) and has been a member of the GB Boxing squad since June 2013.