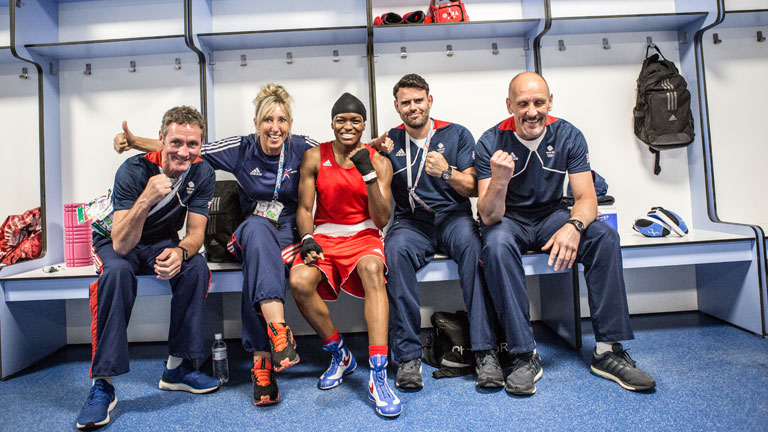 NICOLA ADAMS won the gold medal on Friday at the Women’s World championships in Astana, Kazakhstan.

Adams prevailed over Thailand’s Peamwilai Laopeam in a tense encounter in the 51kgs final at the Barys Arena. Nicola moved forward behind her jab, measured the Thai out with a one-two and gradually picked out the openings in Laopeam’s defence. But the Thai never let her grow comfortable, working in a few shots, notably in the fourth and last round. The decision was split but ultimately Leapeam could not stop Adams taking the win.

This was a milestone for Adams. She may be the reigning Olympic gold medallist but after three silvers this was Nicola’s first World championship triumph. “Absolutely amazing, I’m absolutely overwhelmed with joy. I can’t believe I’ve done it. World champion. I’ve completed the set. I did it. I’m still in shock,” she told Boxing News.