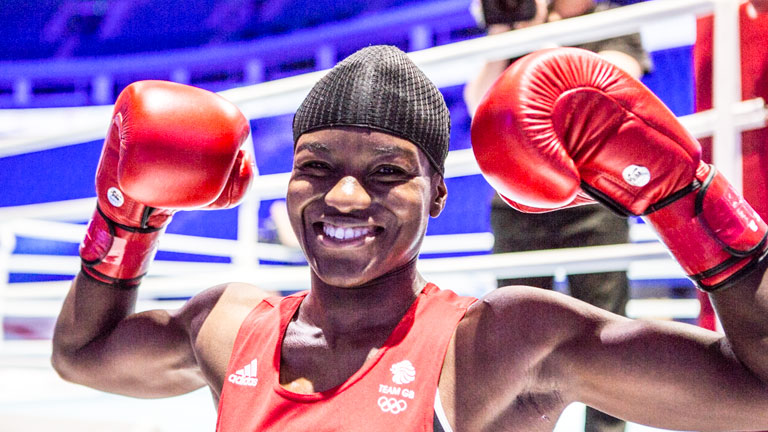 Nicola Adams describes what it takes to be a champion, writes John Dennen

“She was a tough opponent, did not stop coming forward, really aggressive, quite strong. I just had to get through it. It was one of those,” Nicola said afterwards. “I was a little bit off with the ring rust but as the rounds go on now I’ve got that first fight out the way, I’ll progress.

“I just felt a little bit rusty but I can say now the ringrust is off. I can push on.”

She has been in Brazil for almost four weeks and admits she was “anxious to get in there and just perform”.

She has been inspired seeing the gold medal winning heroics of fellow Team GB star Mo Farah. “Absolutely fantastic for Mo Farah to fall over and still get up and win, that just shows true grit and determination. But that’s what it takes to be a champion. Even when you’re down you have to find a way to get back up and push on, fight on and win them medals,” Nicola said.

“I came here for a medal but, you know me, I always want the gold so I’m going to be aiming for the gold.”