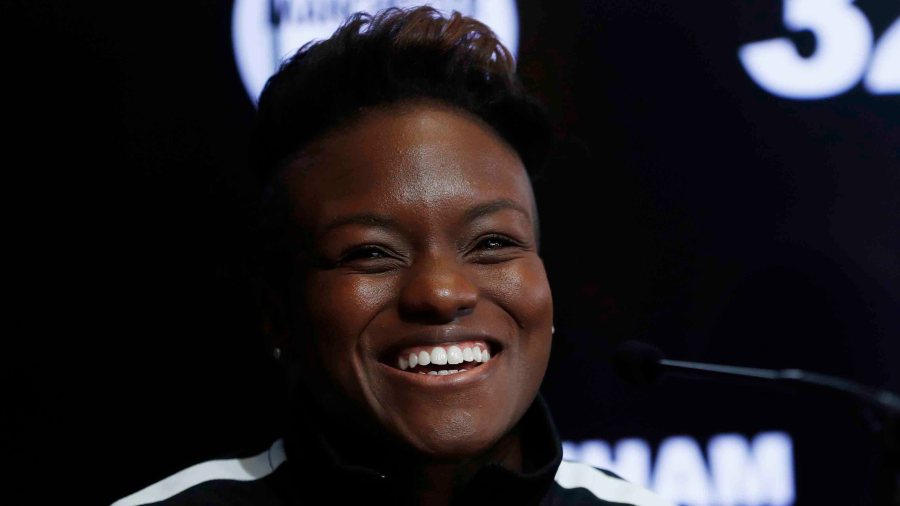 NICOLA ADAMS insists her desire to continue making women’s boxing history will not stop until her name is shining down from the giant billboards above the Las Vegas Strip.

The double Olympic champion begins another bright new era for the sport in Manchester on Saturday night when she makes her professional debut against Argentina’s Virginia Carcamo.

It will be the highest profile women’s bout in Britain since Jane Couch won her high-profile legal fight for a professional boxing licence in 1998, but for 34-year-old Adams the goals do not end there.

Adams told Press Association Sport: “Like every fighter my ultimate goal is to headline a show in Las Vegas and with the way the sport is building at the moment I see no reason why I can’t get there.

“Other female boxers like Claressa Shields and Katie Taylor have been putting women’s professional boxing on the map and now that I’ve joined them it can only raise the bar again.”

Adams was a 16-year-old novice when Couch won her discrimination case against the British Boxing Board of Control, and could hardly have believed the extent to which things would change in the latter half of her career.

Fuelled by an admiration for Muhammad Ali, she boxed on small-hall shows to little acclaim and credits her first coach, Alywn Belcher, with instilling the belief that she could one day change the landscape of her sport.

“Alwyn had no interest in training me when I went stepped in his gym and it took him about three years to change his mind,” Adams says of the now 82-year-old with whom she still occasionally works when she is back in Yorkshire.

“But it was Alwyn who told me I could be Olympic champion one day and turn professional. I owe Alwyn so much and it is nice to be able to look back and say he was right.

“I think having that belief at such an early age really made a difference for me and gave me something to aim for. Even in the bad times when I was injured I had a reason to get up and get back in the gym.”

Adams, who has been working in San Francisco with respected professional trainer Virgil Hunter, will not expect to be unduly detained by Carcamo, two years her junior, who has won four of her seven professional bouts.

But Saturday is more about heralding Adams’ arrival into an increasingly crowded and competitive professional picture, with her second paid bout already booked for her home city of Leeds on May 13.

Adams’ first bout is on the undercard of Terry Flanagan’s fifth defence of his WBO lightweight title against experienced Russian Petr Petrov.

Flanagan has grown into his role since winning the vacant crown against Jose Zepeda in 2015 and hopes an impressive win over Petrov will put him in the frame for a potential unification clash with either Jose Linares or Vasyl Lomachenko.

Flanagan, who stretched his unbeaten professional record to 32 fights with victory over Orlando Cruz in November, said: “I don’t look too far ahead – that’s why I’m 32-0 – but there’s been talk of these big fights and if I come through against Petrov then it might happen.”