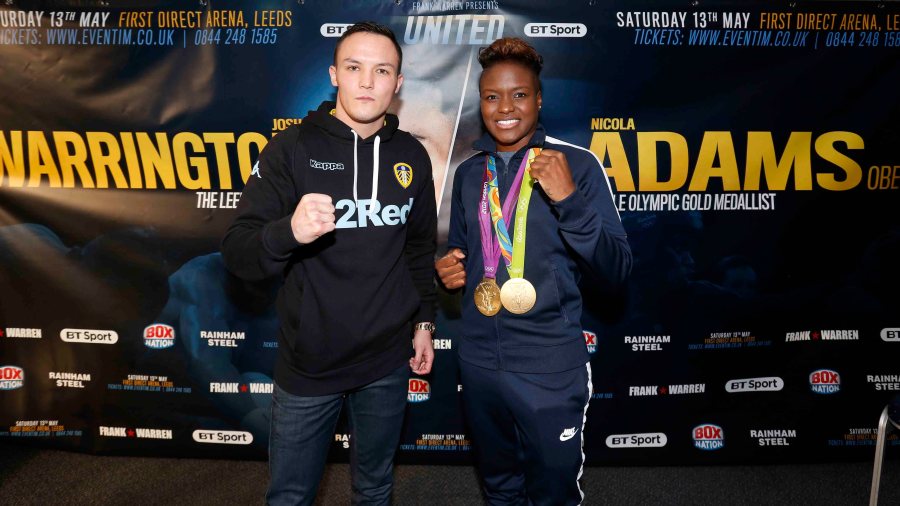 Nicola Adams faces Maryan Salazar at the First Direct Arena, just a five-minute walk from the working men's club where she made her debut 20 years ago

NICOLA ADAMS has admitted she expects to have to fight off a bout of nerves as she prepares for her grand homecoming in Leeds on Saturday night.

Adams faces Maryan Salazar of Mexico at the First Direct Arena, just a five-minute walk from the smoke-filled working men’s club where she made her boxing debut 20 years ago.

The 34-year-old Adams brushed aside Virginie Carcamo in Manchester last month and will step up to three-minute rounds for the first time as she targets a steep ascent towards a world crown. But despite her immense experience, Adams said the prospect of fighting in front of her home city fans will give her butterflies as she steps out desperate to impress.

Adams said: “It is going to be hard to keep my composure on Saturday night but I’ve been under pressure in Olympic finals and with a lot of pressure on my shoulders. I always get nervous before every boxing match and I’d be worried if that didn’t happen – the adrenaline rush makes you sharper and more emotional and that helps in every bout.”

For Adams the memory of her debut match against an opponent called Claire Newton, when she was barely in her teens, still lingers.

Adams added: “I remember it being really exciting – I had all my friends and family there and I remember my coach telling me to stop running around getting all excited. I was looking through the curtains watching everyone else box and it was an exciting moment.

“I remember people still smoked (inside) in those days, and there was smoke everywhere – I came back at the end of the first round and my lungs were burning.”

Adams hopes the extension to three-minute rounds – which may be unprecedented for a women’s professional contest – will give her more time to dispatch Salazar in style.

Despite a competent debut display against Carcamo, Adams felt the shortened sessions denied her the chance to finish the job inside the distance.

She added: “The only thing I didn’t love about the first fight was the shortness of the rounds – it wasn’t enough time for me to settle down and find my rhythm.

“I’m definitely hoping for (a stoppage) but I’m not going to rush into it – because every time you work too hard to force a stoppage in boxing, it never happens.”

Adams confirmed she hopes to be in the frame for a world title shot by the end of the year and her promoter Frank Warren is already working on possible opponents.

Warren said: “This is a great homecoming for Nicola and it will be an emotional night both for her and the people of Leeds.

“There are lot of questions to be answered but I think Nicola is head and shoulders above any of the others (female fighters). She is a class act in and out of the ring.”