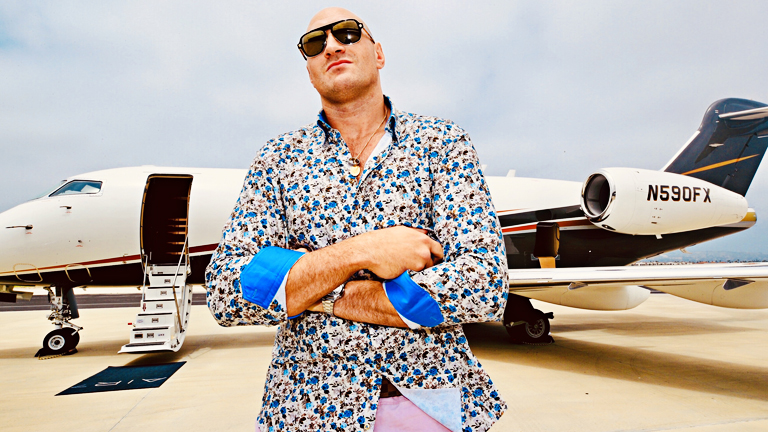 A BOXER not having a nickname is like eating a hot dog without the mustard,  a hamburger without ketchup, and a salad without dressing. A nickname that catches on can improve the fighter’s marketability immeasurably.

The nickname, it goes back to days of when the mighty John L. Sullivan ruled the heavyweight division (1882-1892) and was dubbed as the “Boston Strong Boy.”

From that point on most champions and contenders have been given a monicker. Some nicknames are extraordinary and become a part of who the fighter is while others are quite ordinary and never catch on. Some are self-given, while others are a creation of the media and then approved by the public. One way or the other, adopting a nickname becomes almost obligatory, but there are exceptions. Here we present 15 ring greats who might have flirted with one, but for whatever reason went their career without using a nickname. In parenthesis, we bestow a nickname on them.

When in his prime, arguably no other fighter in boxing history displayed the level of dominance in their era that Jones did in his, holding versions of the world title from middleweight up to heavyweight. Ever the showman, Jones once played a competitive basketball game in the morning and then defended his title later that night. For a decade or so Jones never ceased to remind us that he was the number one pound for pound entrant. How could Roy have not enjoyed this nickname?

The Nigerian held both the world middleweight and light-heavyweight  titles. Tiger made body punching an art. It is only fitting to give Tiger a nickname that paid tribute to how he fought.

Emile Griffith’s trainer – manager, Gil Clancy said that the former welterweight and middleweight champion did nothing great, but everything good. In his 18-year career he boxed 112 times, which averages out to better than a fight every other month. Griffith was durable and rarely got cut. To do it for so long and as effectively as he did made Griffith boxings iron man of the 1960’s and 70’s.

The quiet and unassuming Patterson never looked to bring any more attention onto himself than was necessary.  A disciple of Cus D’Amato, Patterson a two-time world heavyweight champion and Olympic gold medalist, fought out of the peek a boo style, gloves covering his tucked in chin. He was the only one in his era to box in this unorthodox manner. This nickname would have fit Patterson better than it would have anyone else.

When Foster ruled the light heavyweight division he was the hardest pound for pound puncher in the world. Foster would knock out opponents in quick, devastating fashion. In this climate the nickname might be deemed inappropriate, but in the 1960’s and 1970’s it might very well have done for Foster what “Hit Man” did for Thomas Hearns later on.

People could have a field day trying to come up with a nickname for the unpredictable Fury. Some would be rather funny, but we would rather keep it simple. Fury by his mere size is being dubbed “The Giant” here.

One of the greatest lightweight champions in history, Williams who struck fear in opponents, resided in Trenton, New Jersey. Calling him the Trenton Terror would have been catchy and original.

The nickname might seem derogatory toward the former featherweight champion, but no less an authority than his great rival Willie Pep called him a freak of nature. Saddler was unusually tall and thin for a featherweight, possessing long and lanky arms. Saddler always entered the ring in great shape without a shred of excess weight on him.

One of the great injustices in boxing history is Burley never being given a title shot (Welterweight or Middleweight). A nickname probably would not have made a difference, but you never know. Curley – Burley rhymes, which might have endeared more people to the legendary Pittsburgh icon, while at the same time put more pressure on the world champions at the time to box him. And if nothing else his hair at least looked Curley.

In his day Ortiz was iconic amongst the Puerto Rican population who loved boxing and music. The mention of his name was sweet music to their ears. Seeing him counter with combinations would have evoked cries of that nickname had Ortiz adopted it.

In 93 fights, the durable Canadian heavyweight was stopped only twice, but never floored. Chuvalo has been universally lauded as one of the toughest heavyweights in history, hence the nickname.

The former lightweight and junior welterweight champion was arguably the best boxer in the world during the 1920’s and 30’s. He fixed opponents like a mechanic did cars.

Never having been stopped in 79 fights, Ross was a great lightweight and welterweight champion in the 1930’s. Ross was usually the boss inside of the ring.  Boss – Ross, does have a nice ring to it.

The former world super featherweight champion is a member of the International Boxing Hall of Fame in Canastota, yet is seldom discussed when all – time greats are mentioned. This can be due in part to Mitchell’s gentlemanly personality in never bragging about his prowess. Perhaps a nickname would have brought a little more attention to the South African great, and what better one to celebrate his exploits then to have dubbed him as the “Modest Man.”