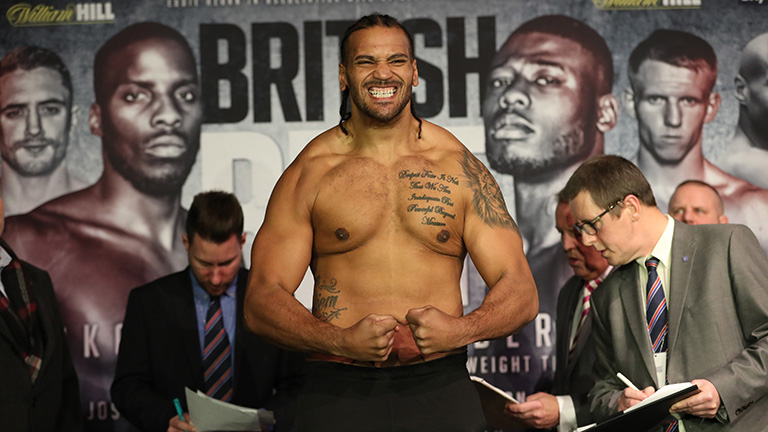 Nick Webb will box on Saturday's undercard at the O2, but he has his heavyweight rivals in his sights

How are you feeling ahead of your fight on Saturday?

I’ve been training to fight for a title so I’m ready to explode.

Who do you think you might fight for the English title?

They did match me with [Nathan] Gorman but Gorman turned it down. He went another way.

Then [Daniel] Dubois, they pulled him out of purse bids. So I don’t know why they’re not fighting me.

Do you want the Daniel Dubois fight?

I’d love to fight [British champion] Sam Sexton. If they match me with him, I’ll fight him tomorrow. To fight for the British title, that would be a dream.

You had a couple of wars with Joe Joyce [the Olympic silver medallist] in the amateurs?

They were wars. I 100 percent see that happening in the future. I don’t know when. Whenever they would want it, I’d fight him. I fought him in the amateurs, I need to avenge the loss.

Why do you think the Dubois fight is on the backburner?

All I can say is they know I’m a puncher. They know I can punch and do they want to risk him that early in his career? I guess not. He needs a few more learning fights and then we’ll probably fight.

What do you think of him?

I sparred him a few times. He’s a strong guy, he’s got a good jab. He’s still young, he’s still got a lot to learn. But he’s up and coming. He’s good.

The spars were good. I didn’t have any problems with him. Some good wars, I’ll say that.