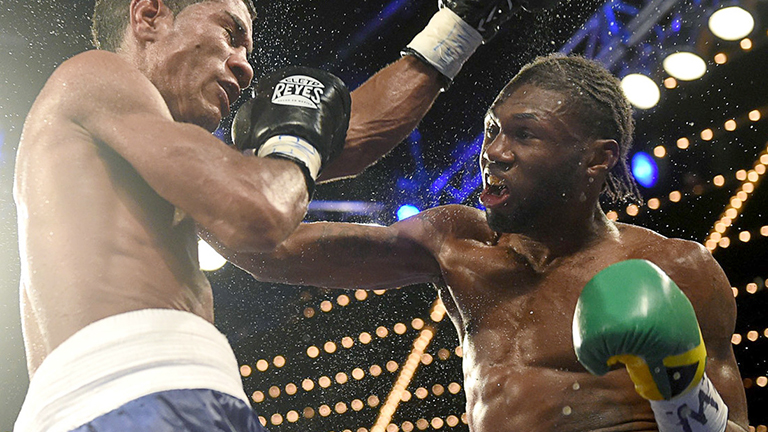 Former WBA Super World featherweight champion Nicholas Walters will face the toughest test of his career when he squares off against Vasyl Lomachenko on November 26th in Las Vegas.

Lomachenko, already on many experts’ pound-for-pound lists, logged a sensational performance against WBO World super featherweight title holder, Roman Martinez, in his last outing. He crashed into the division in June of this year by knocking out the Puerto Rican champion in front of a contentious New York City crowd.

Rather than taking on a less-threatening foe in his next fight, he went on a hunt for one of the most dangerous punchers in the division.

“I’m going to knock him out,” said Walters to Ricardo Archibald from El Siglo. “I’m training for that. Just like I did to Nonito (Donaire), that’s how I’m going to defeat him.”

Prior to losing his featherweight belt on the scales in June of last year, Walters knocked out eleven out of his previous twelve opponents dating back to April of 2010, including Donaire and veteran multi-division champion, Vic Darchinyan.

Lomachenko struggled against Orlando Salido in his first attempt at a world title two and a half years ago. Although, questionable officiating, coupled with Salido’s incessant and un-punished below-the-belt assault may have played a key role in that production.

Nevertheless, Lomachenko admits that he has learned from that experience and has vowed to never let a fight get away from him like that one did.

He’ll have to keep his commitment. In Walters, the Ukrainian will face a fighter that is arguably bigger, stronger, and more technically sound, than the 2014 version of Orlando Salido. Not to mention that his foe will enter then ring next month with one goal in mind and that is, simply, to knock him out.

”Any fighter can be knocked out no matter who he is,” said Walters.  “I like fighting the best and I like fighting against great technical fighter like Lomachenko. (He) is great, he knows what he is doing in the ring.  But I always look for a knockout against whomever I fight.  If I can do it quick, I will.”