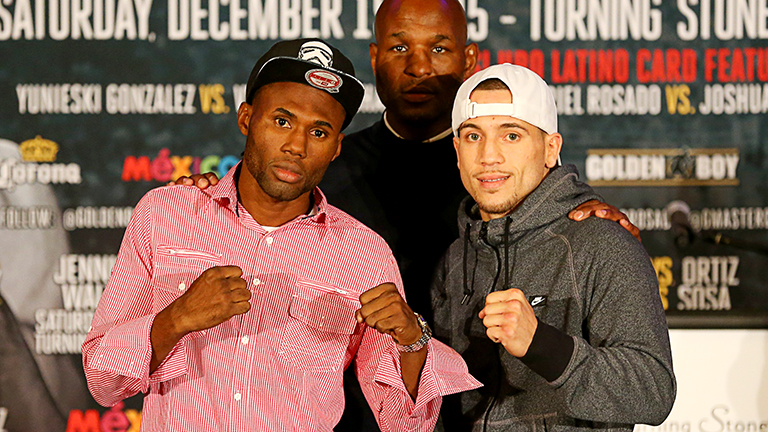 Nicholas Walters is looking for fights with big names

NICHOLAS WALTERS is open to fighting anyone but feels WBO world featherweight champion Vasyl Lomachenko is purposely avoiding him.

Walters lost his WBA world featherweight title on the scales for his last outing, a 12 round decision over Miguel Marriaga, and will fight Jason Sosa in a super-featherweight 10-rounder tomorrow night.

The Jamaican is also interested in facing lightweight Yuriorkis Gamboa and states he is willing to move to higher weights.

“Vasyl Lomachenko is not looking in my direction. But I’m here. I’m ready to fight. I’m not hiding from nobody. I’m a true fighter. I believe if I’m going to be the best, I have to fight the best. I’m not even concerned about fighting at heavier weights. I’ve been sparring guys at 140 and 145 pounds.”

“I’m a descendant of the gladiators. I come to fight,” he said.

“I’m not sure if the fight is going to go past four rounds. It depends if Sosa comes to fight. I’m sorry, but Sosa is not going do to me what I did to Nonito Donaire or Vic Darchinyan [Walters stopped them both].

“I’m a lion! I don’t know if Sosa is a lion. People are expecting a big fight, and I’m going give them a big fight. The Axe Man is very dangerous. He’s always prepared for a war.”