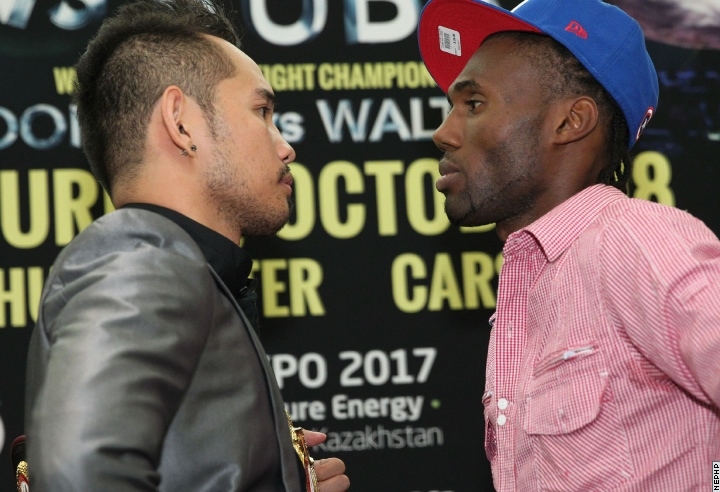 NONITO DONAIRE and Nicholas Walters meet for the WBA featherweight title unification at a sold-out StubHub Center in Carson, California on Saturday night.

“Confident fighters are dangerous fighters. I know that. But there other fighters who said before a fight they were stronger than me, hit harder, were going to knock me out.

“Walters is a good champion but really how many quality fights has he been in compared to where I have been in my career?

“We both have speed, we both have power. It’s an explosive fight. This is going to end in a knockout. I will go into the ring and do my best.”

“Donaire is a very good champion. We both have speed and power. The difference is intelligence. I was born to fight. The bigger the fight the better.

“If Donaire isn’t right, he’s going to get knocked out. Maybe five rounds, maybe less. Not sure yet.

“But you know what? Donaire stepped up and took this fight. He didn’t have to. For that, I respect him for getting in the ring with me.”