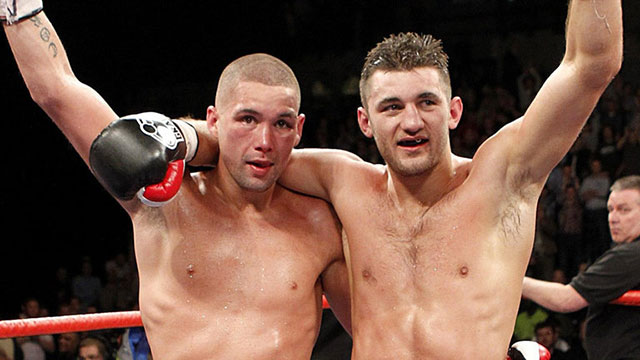 What was your verdict on the first fight between Tony Bellew and Nathan Cleverly and who did you believe was the winner?

The first fight was a superb battle between two determined fighters and it is one of the reasons why the animosity is still there three years later. I was sitting ringside for it with my wife and I remember thinking that Tony had fought a smart fight and had matched Nathan in every single department. I can’t remember my exact scoreline but I certainly think that Tony done enough to get his hand lifted by the referee. Dominic Ingle was next to me and he was of the opinion that Nathan had won but I suppose that’s what type of fight it was. Everything was in Nathan’s favour going into the first fight apart from the venue. He was more experienced, made the weight better and had a ton of quality opponents on his record. Tony was still finding his feet as a champion and the fight might’ve came a little too early for him when assessing things beforehand but he showed everyone he was on Nathan’s level and took the fight to him in impressive fashion. Plenty has happened since the first fight so I don’t think anything that happened in 2011 will have any impact in this fight. It’s a new day, it’s a new weight and I’m confident I’ve backed the right man.

What do you think of both fighters careers since the first meeting?

There’s no comparison when assessing the form of both fighters since. Nathan made do with a number of limited campaigners who were never going to make him break sweat. His win over Tony should’ve catapulted him into a big star of British boxing and despite talk of fights with Carl Froch and Bernard Hopkins, he had to make do with the likes of Shawn Hawk and Tommy Karpency. Isaac Chilemba is a highly skilled fighter who I’m certain will appear on big shows in the near future and Tony had two great learning fights with him where he had to come through some tough situations. Adonis Stevenson was a step too far for Tony as was Sergey Kovalev with Nathan but since have come back, only one has looked devastating.

Is the animosity and hostility between the pair real?

Absolutely 100 per cent. This is like nothing I’ve seen before. The sight of the pair hugging and embracing after the first fight was brilliant because it shows how great boxing can be. For Nathan to go into the post-fight press conference afterwards and claim he won a brutal fast-paced fight narrowly in second gear was absolutely ridiculous and totally undermined Tony’s efforts. The pair had a heated build-up last time and it was all forgotten about afterwards but Cleverly’s comments were uncalled for and totally unnecessary. It was a dig aimed at Tony and that is what Tony has never forgotten. His hunger and dedication is something special and all he’s focused on is Nathan Cleverly.

What can fans expect in the rematch?

A Bellew victory. He’s a totally different proposition at cruiserweight and Cleverly will find that out on November 22. I expect the pair to make a fast start and try to gain an advantage early but all the attributes needed in a battle like this are with my man. He’s absolutely smashing the shit out of every single training session and I know what he’s capable of. We’ve prepared for every single Nathan Cleverly there is so if he wants to fight quick then Tony will match him and if he wants to fight patient then we’ll disrupt him. Tony is showing incredible punching power and Nathan has already said on Sky Sports that he expects to take a shot at some point. If Tony oands at any time in the fight then I’m convinced it will be all over.

What’s next for the victor?

I’m not looking past this fight for one moment. It means everything to Tony so it means everything to me and I’m not letting my focus get distracted from anything. Myself and Tony have been friends for a long, long time, longer than what people think and we’ve had conversations in the past about long term ambitions and targets. The likes of Marco Huck and Dennis Lebedev are the names leading the way at cruiserweight so it’s only natural that they’ll appear on our radar afterwards but for now it’s all about Nathan Cleverly. A career in this sport can be a very short one so it’s essential you take every opportunity presented to you, after November 22, I’m very confident that there’ll be a ton of opportunities for Tony and that victory against Cleverly will only be the beginning for him.