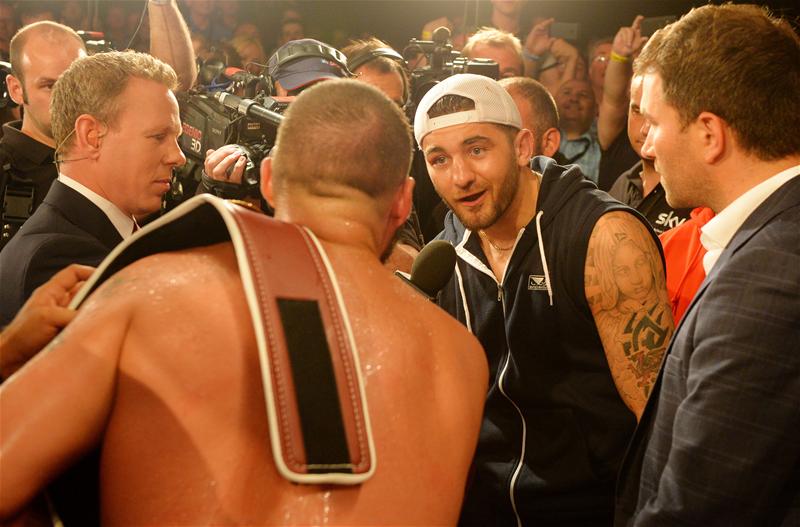 As he looks ahead to the Bellew rematch, Cleverly says they’re both bigger and better

AFTER Nathan Cleverly and Tony Bellew picked up victories in separate bouts at the Echo Arena show in Liverpool at the weekend, thoughts can now turn to their rematch coming later this year.

Both are new to cruiserweight. While Cleverly admitted than Bellew has improved since their first encounter, the Welshman continued, “I believe I’m a better fighter. I’ve got my energy now at my weight. I’m gradually bringing that power up with me.”

He insists he is adapting the rise in weight. “At cruiserweight now we’re off to a good start, two KO victories,” Cleverly said. “We’re going to be more explosive and I think it’s going to be a barnstormer.

“I think it takes me a little bit longer [to adapt] because Tony was a heavyweight as an amateur. So his body has memory at the higher weight, so it’s easier for him to get up to that weight but I feel I’m in better shape at cruiserweight than Tony Bellew. I’m growing into the weight nicely now. I’m a true cruiserweight. By the time the rematch happens I believe we’ll both be true cruiserweights.”

The genuine hostility between the two will make the fight, and the press conferences leading up to it, compulsive viewing. “He hates me with a passion and I’m in his way. The first chapter of our careers at light-heavyweight, I was in his way to a world title. I got there first. He’s bitter about that. Then I came to his home town defended my world title and beat him. He’s bitter. He’s never got over that defeat. He rants and raves but ultimately I gave him an opportunity and he lost,” Nathan said.

“It’s a grudge match, it’s a rivalry. It’s just got so much fire about it. I can respect Tony Bellew for about five minutes and when he opens his mouth and I look at that guy I just want to give him a smack.

“At each press conference I’m going to look at him and I’ll want to lunge across the table and give him a smack. But I’ll leave it till fight night. In the rematch I’m going to settle it once and for all.”