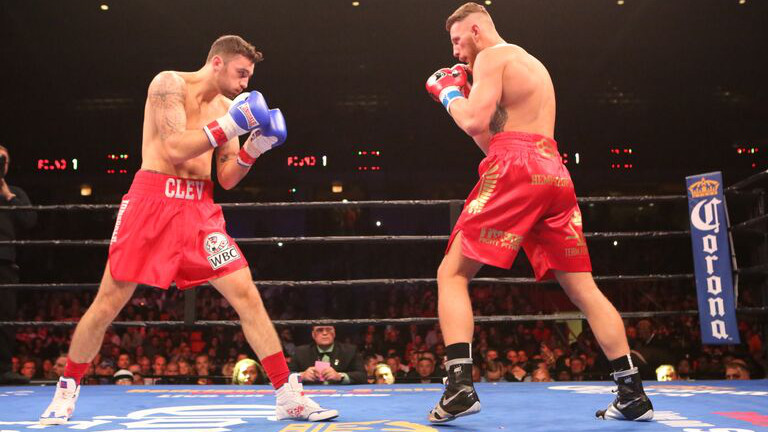 Nathan Cleverly will take a break before returning to the ring

AFTER his thrilling 12-round battle of attrition with Andrzej Fonfara on Friday [October 16], during which he suffered a broken nose and dropped a close decision, Nathan Cleverly wants to do it all again.

The former WBO world light-heavyweight champion took a risk by facing the dangerous Pole in his adopted hometown but fought valiantly in a vicious encounter.

Though it now means the Welshman has lost three of his last six, Cleverly’s stock will have risen after the Fonfara fight but he wants the chance to avenge the defeat.

“It was a fan friendly fight, especially in America where they like the aggressive, front foot fighters,” he told Boxing News.

“Albeit it can be reckless at times but it seems to go down well in the States. Hopefully they’ll invite me back and we’ll have another ding-dong.”

An uppercut shattered Cleverly’s nose in the seventh, derailing what was a positive first half to the fight for the 28-year-old.

He will now have some time off before heading into what he hopes to be “another tough fight.”

He said: “I’ll just have a standard bit of time off. Mentally freshen up, physically rejuvenate, alleviate some aches and pains and let the body heal, the nose heal. I’ll just live a normal life for a period, get away from boxing and come back refreshed and ready to hit it hard.”