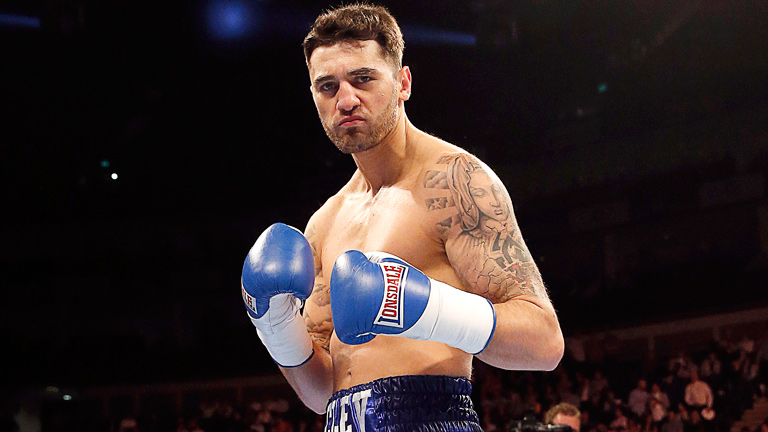 As Thomas Oosthuizen is ruled out of a title challenge, Nathan Cleverly vs Juergen Braehmer looks to be edging closer, the Brit tells Danny Flexen

WITH the unfortunate issues encountered by Thomas Oosthuizen leaving the South African unable to challenge WBA ‘regular’ light-heavyweight champion Juergen Braehmer, a crafty southpaw, on March 12 in, Nathan Cleverly, the ex-WBO ruler from Wales and still one of the top contenders in the world, is ready and willing to step in Neubrandenburg, Germany. His promoter, Eddie Hearn, is in talks with counterparts the Sauerland brothers to make a pairing in Nathan Cleverly vs Juergen Braehmer which has fallen through three times in the past, and the Welshman clearly wants the contest.

“I became aware of the opportunity yesterday and I’m ready to go,” Cleverly declared to Boxing News. “If they want it, let’s do it. Eddie Hearn contacted me late last night and said the Sauerlands had contacted him. I’ve been ticking over, simmering, waiting for that phone call and I want it, six weeks’ notice is fine. I am currently at my training weight of around 190lbs but I can easily drop that weight [to the light-heavy limit of 175lbs] in one week if need be, it’s quite straightforward for me. I’m fit, I’ve started sparring, I’m in decent shape. I wasn’t training for a specific date but I knew March or April was realistic so I had that in the back of my mind. This fight makes sense, the Sauerlands and Eddie have a good working relationship, Braehmer and I have got history and I’m a top contender. I don’t believe anyone else is in the picture so there’s a good chance it will happen.”

Cleverly has not fought since his close and hugely entertaining points setback against Andrzej Fonfara in October, a bout in which he was more than holding his own until suffering a broken nose around midway. The Welshman, who turns 29 in two weeks and has only lost at light-heavyweight to pound-for-pound aspirant Sergey Kovalev, remains full of ambition.

“The other times I was supposed to fight Braehmer, he had personal problems, his head was not in the right state and I was on top of my game; my style was all wrong for him and it just didn’t happen,” Cleverly noted. “Sometimes a fighter goes off the boil, gets stale, but Braehmer has been through that and struggled a bit for motivation. I was young, fresh and firing, at my best. But a few years later I lost the spark, the motivation, the hunger. I lost my form but form is temporary and class is permanent. Now I just want a big fight and I genuinely believe I’ve got too much for Braehmer.”