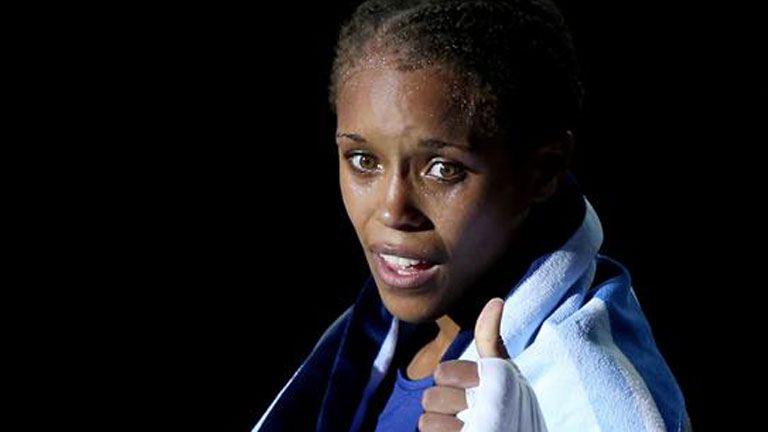 I go into schools to get young girls involved in boxing. I’m doing a little bit of coaching, I work with the Youth Sport Trust and Dame Kelly Holmes and the ABA themselves about getting young people and in particular women involved in boxing.

There was obviously a big spike in participation straight after the Olympics but it is growing and there’s progression. It’s come a long way since I started and as long as it continues like that then one day in a perfect world, we’ll be on par with the men.

There’s far more females involved and there’s better competition and a better standard of competition and you’ve got the ability to move through the sport. There’s certain goals and targets you’ve got to hit but there’s a line of progression, where it wasn’t always so clear when I started.

Confidence, self esteem, boxing’s great for all those reasons. There’s nothing like knowing you can handle or take care of yourself physically, mentally. It’s not just the physical side, ‘oh I’m tough, I’m hard’, but the mental thing of I’ve prepared myself in the best way to be an athlete.

There’s a stigma attached to women in combat sports, or there was. We’re breaking those barriers down. There’s so much more to life than, I’m just going to say this, than being Kim Kardashian or being someone off TOWIE. You can put what you have to good use and boxing, it doesn’t matter what you look like. No one’s going to judge you by what size you are. You come in, you train, you’re part of a team. You’re there, you’re by yourself when you’re in the ring. It is what it is. No one’s going to judge you for being yourself.

Your hard work, it always shows. Every time you’re reaching a goal, improving yourself. If you get beat, you probably learn more from defeats because you know what you’ve got to work on then. You go back to the drawing board and you make sure you are a better person. You’re competing against no one but yourself to improve.