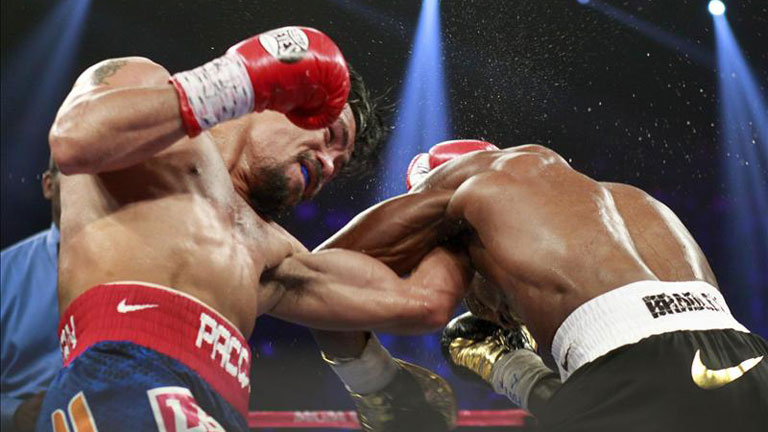 There should be greater exposure for amateur boxing, writes Natasha Jonas

I’d like to see more places for female boxers in the Olympics and more exposure. I also think boxing as a sport is under represented, especially amateur boxing. You’ll get our World championship and Olympics on TV, if we’re lucky. There’s so many other competitions that we go to and do and there’s so many other sports that get a lot more exposure that you’d like to see boxing on par with.

It is strange that there isn’t high profile women’s professional boxing. Within the boxing world itself, you’ve got the likes of Nikki Adams, Katie Taylor, Sophya Ochigava. Nicola Adams here is a household name, I’d say. Katie Taylor in Ireland, she’s been sportswoman of the year God knows how many times. Within the respective sports it is getting better and it is progressing but we are so far behind in that sense. You’d think that promotions would want to jump on the bandwagon and get more women involved. In that sport it’s all about money when it comes to being a professional it’s whether promoters think there is money there for them to make. It’s more a business then than a sport. But there are still a lot of old ways that need to change and views and opinions that need to be changed, or for them to leave the sport.

It doesn’t help having high profile boxers not support you, especially with them being boxers and knowing how difficult it is at the best of times. Things like that don’t help but we’re here to stay. And we are getting better and we are improving. The Olympic Games is a catalyst for us to show the world how good we actually are.