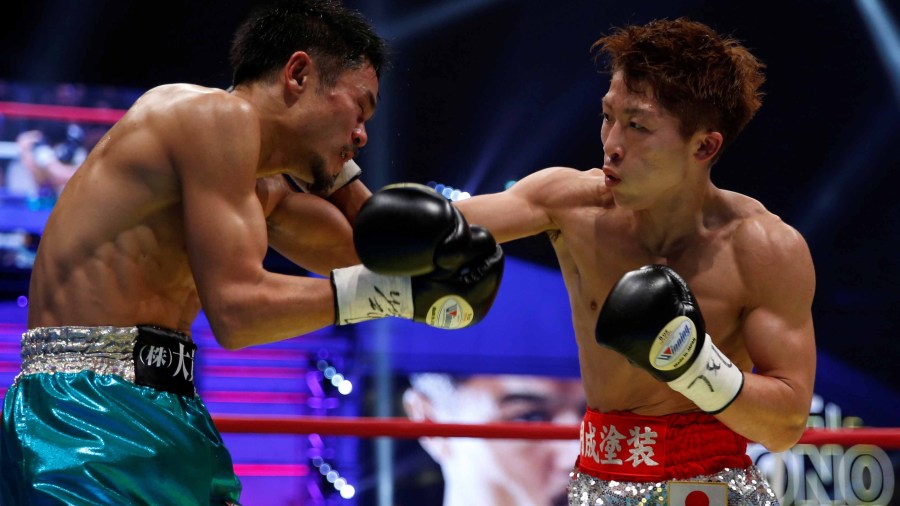 Kono was the WBA titlist until August but Inoue was always in control in this contest. Naoya began tagging him with lefts, jabbing and hooking his lead round. Kono swung back but didn’t manage to shake up his persecutor. Inoue struck his jab through clearly in the second round and threw hard left hooks to body. Kono slung his right over the top but he was being forced back. Kohei was having to work just to keep the champion off. A one-two hit him hard. Inoue advanced, seeming to hurt his foe as the bell rang to end the session.

In the third round the champion strung together heavy one-twos. Kono kept busy but felt the weight of those incoming punches. Inoue may have held his hands low but he jabbed well. The “Monster” was at ease in the fourth round as he lined up right hooks. He tagged the challenger with combinations at the end of the round. In the fifth he landed a hellacious right uppercut. Kohei moved on to front foot but Inoue was softening him up. Kono hacked desperately at him with hooks.

Inoue ended it in the sixth round. He moved back, jabbing still. The champion then doubled his left hook to level Kono. It looked like he’d been counted out and Inoue leapt on to the corner to celebrate, only to be waved back in. He wobbled his victim with a left hook and the following rights sent Kono crashing to canvas.

Inoue, an immaculate 12-0 (10), is already a two weight world champion and a showdown with Roman Gonzalez would be one of the most appealing fights to make in the super-flyweight division.