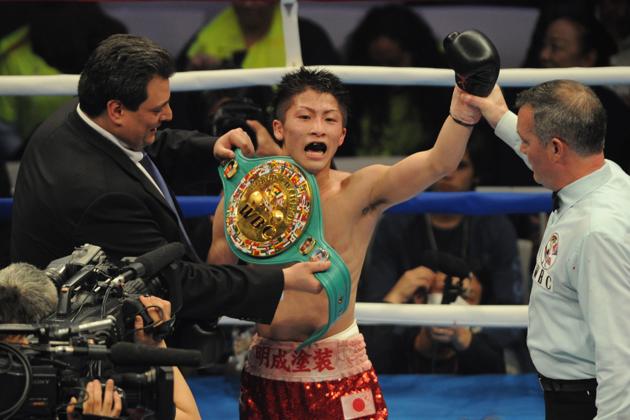 TODAY (May 25) in Tokyo, Japanese superstar Naoya Inoue needed just one minute and fifty-two seconds to stop Britain’s Jamie McDonnell, win his third world title – albeit of the WBA Regular variety – in a third weight class, and perhaps emerge as the new favourite to win the World Boxing Super Series (WBSS) bantamweight tournament when it gets underway later this year.

Poor McDonnell, a seasoned fighter with stamina for days and a reputation for durability, was caught by a left hook in an exchange and failed to recover. Hurt, wobbled, and in the firing line of a noted puncher, the aptly-named ‘Monster’, McDonnell tried riding out the storm, but was dropped by a hook to the body and then, moments later, finished against the ropes as both men traded shots.

Long considered a potential pound-for-pound number one, Inoue this afternoon confirmed his status as one of the scariest punchers on the planet and will now, we’re told, look forward to a place in the WBSS bantamweight tournament, where he’ll be joined by the likes of Ryan Burnett, the WBA Super champion, WBO ruler Zolani Tete, and new IBF king Emmanuel Rodriguez.