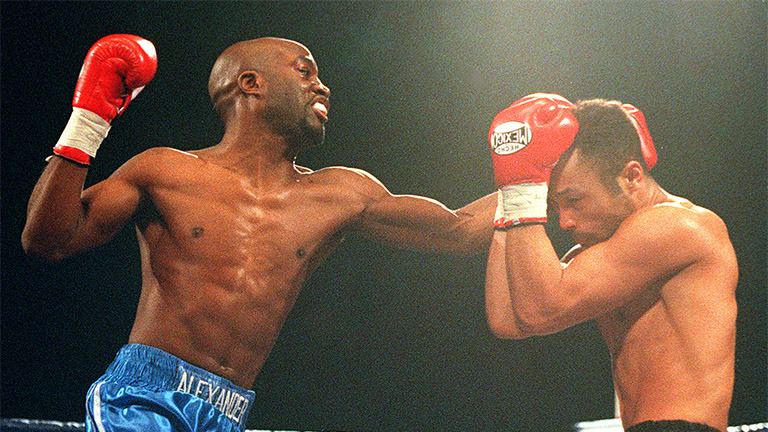 'It was like being hit with rocks, I could feel my knuckles through the gloves,' says Wayne Alexander

IT’S difficult to pick one because it’s a choice of two, Paul Samuels for the British and Takaloo [w ko 2 – September 10, 2004]. But I think it has to be the Samuels victory.

The Tak fight was more personal and that pleased me better in a certain way, as I was the underdog and people thought I was finished. But winning the Lonsdale Belt was a dream of mine from when I started boxing at 11.

Me and Paul turned pro together. He was a welterweight, I was a super-welter. But I didn’t watch much of him until about 18 months before we fought. He went up to middleweight and I saw he was a big puncher and could be a little bit suspect.

I expected a hard fight. I thought I would come through in a hard fight, that maybe I’d take a few shots and go down. I always believed I could beat him.

We had boxed on the same show together [in Bristol] when I knocked out Jimmy Vincent and he knocked Craig Winter out in spectacular fashion. That was a good set-up for our fight.

We were officially the undercard to Harry Simon against the Argentine Enrique Areco but we were top of the bill really. I’d sold about 300 tickets and he’d probably sold 200 and the atmosphere was electric. It was brilliant. All my friends and family who had followed me all the way were there but it was his dream to win the Lonsdale Belt as well.

It was for the vacant title. Jimmy Tibbs trained me for that fight. I sparred a lot with Ojay Abrahams; we had become friends after our fight. I sparred Mark Baker and did some strength work with Bruce Scott. We were training at the Lennox Lewis Centre with Jimmy and Frank Black, rest in peace.

I was concerned about Samuels’ punching power but we had it in mind to have a good defence and to attack him sensibly with my chin down – but in my mind I was wary of his power.

There was more pressure on because it was for the British, it’s a prestigious title and I had a heavy cold the week of the fight. Maybe if it was an eight-rounder I may have pulled out but on the night the adrenaline kicked in and the cold went out of the window. After the fight the cold kicked in, but Jimmy and Frank got me through.

I’d never been hit so hard, before or after. Paul Samuels is definitely the hardest puncher I ever fought. I remember trying to come forward in the first round, I was doing okay and he caught me with a right hand and my legs dipped a little bit.

He caught me with a left hook as well, but basically it was a war from the first bell and when I went back to the corner I knew I was in for a war. I’d never been hit like that. We were wearing 8oz gloves, now super-welters wear 12oz, and it was like being hit by rocks. You could feel your knuckles through them.

In the second round he busted my eardrum. I remember he hit me with a combination and hurt me that much that, if he hit me again, I would have gone down. I was basically out on my feet. One more shot would have put me down but I’ve got the heart of a lion. I was prepared to die on the night.

You can’t describe it when your dream comes true but that’s what happened. I had watched guys at my weight like Herol Graham, Chris Pyatt and Ensley Bingham win the title and to get my name on the belt was a dream. The Takaloo fight does come very close for personal reasons but the Samuels fight pips it.