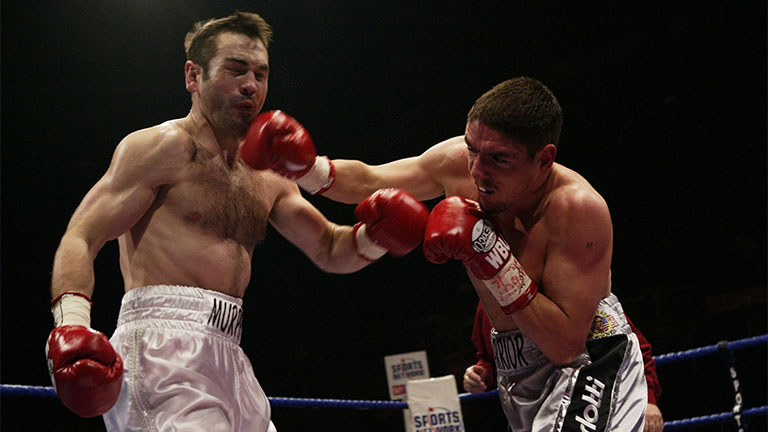 'I had tears in my eyes as I was walking to the ring,' recalls Anthony Farnell

I WAS just outside Kerry Kayes’ weights gym about to do some strength work when the call came. Before that fight I had fought Tomas Da Silva at super-welterweight and I got the call to box Lawrence Murphy at middleweight. My natural weight is super-welter but I thought it was a great chance and I trained hard and went up to his backyard and shocked a lot of people.

I didn’t have the best defence. I took a few shots in my career and wasn’t feeling like I did before Wayne Elcock – who beat me [l pts 12] fair and square – when I got the call to fight. I went to the US to get some of the best training. I went to Christy Martin’s gym in Florida with my trainer, Oliver Harrison, and training went better than ever.

I sparred a lot with Michael Jones, a very underrated fighter – people don’t know how good he was – and I sparred a lot in America. We finished preparing back here and I was feeling good. It was my one last shot and it all paid off.

Lawrence was a top guy, really, a nice guy. I think I intimidated him a bit at the press conference and he showed his inexperience. I remember trying to talk to him before the fight during the announcements and I think I won half of the fight then. I was keyed up – a bit too keyed up before my contests sometimes. I had been in title fights and, apart from against Elcock, he didn’t have that experience and maybe he was thinking it would be the same [easy] again.

I remember Murphy’s manager Alex Morrison telling me I was going to lose and that his man had knocked out Wayne Elcock [w ko 1] and Elcock had beaten me, so he was asking how I got the fight and a lot of people were saying to me, ‘You can’t do it.’

It was pretty intimidating up there in Scotland. Scott Harrison was topping the bill and it was packed. I was really, really nervous walking to the ring. I had tears in my eyes thinking, ‘This could be the last time, don’t spoil it.’ I was really emotional but used that emotion to work for me. I was emotional before the Takaloo fight [l rsf 1] but it was a different type of emotion and a different type of fight.

I remember being in there before the first bell and saying to myself ‘This is do or die. If I don’t do it now it’s over.’ I was so determined. I thought that if I got beat then it was game over, so it was a great night.

I had seen a few things when he knocked out Elcock. When he threw a jab he brought his hand back to his chin quite slowly. I used to study boxing then like I do now and I was thinking that if I could sling a right over the jab to his chin, it would be a good shot. It put him down in the first and in the second, the counter right over the jab [did the same], and in the third I finished it with a left hook.

I can remember the referee stopping the fight and I ran around the ring. It was a really good time, a great night for me, and when the announcer said, ‘And the new…’ there’s just no better feeling than that in the world. Me and Lawrence text and speak on the phone now. We’re friends. I respect everyone I fought. That’s one of the things about boxing. You have to respect anyone who gets in the ring.