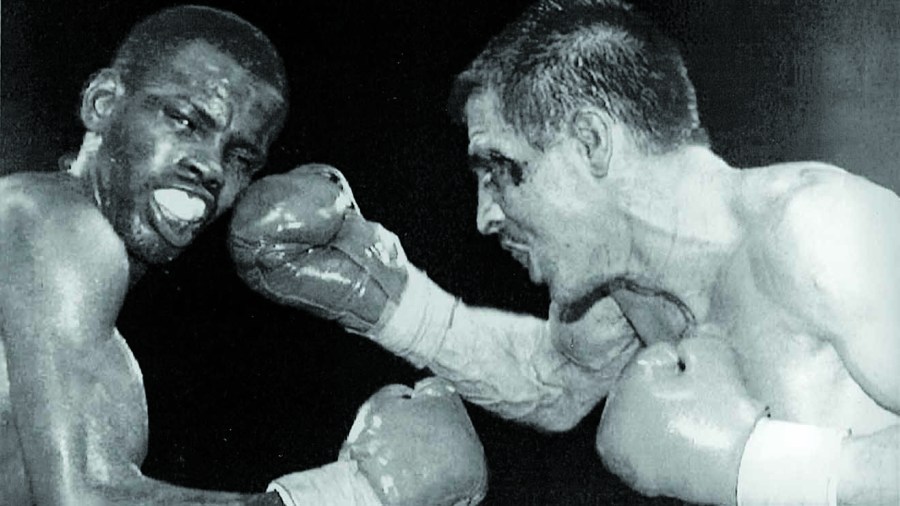 I WAS in Mickey Duff’s office when I first heard about the fight. I had gone up to see him that day and we were going to get ready for a 10-rounder. Then we got the call for the European title. From the minute it was made I knew it was going to be a good fight.

I hadn’t boxed for about a year. A couple of fights were arranged but fell through and then I had suspected glandular fever and was unable to train. I went to top Harley Street doctors and they couldn’t do anything. I went to a Chinese herbalist – job done.

Once we got to Calais, that’s when the fun and games started, like people knocking on my door at 3am, no scales – all the old tricks. But those stunts didn’t really get to me.

I remember, when we got to the arena, the place was packed, about 7,000 people, which was a lot for me. And then the stuff started happening again. People kicked my dressing room door and when me and my fan club, as I used to call them – my brother Dudley, my trainer Colin Smith, the late, great Dennie Mancini and Mickey Duff – walked to the ring the crowd were making gestures with their hands and fingers. I’m sure some of it was racist but it was all in French. I had to stay calm, though, and being the challenger I was in the ring waiting for him and it was hostile.

A year or so earlier Jacob had lost in a world title fight and this was his road back. For the first seven rounds he just boxed with me. We had really small Reyes gloves on, like mittens, and for seven rounds I thought I had the upper hand. I had always done well against southpaws. I cut him to pieces. He had to have about 15 stitches after the fight. He was cut everywhere. Anywhere else in the world they would have stopped it.

I hit him with everything, head [point deducted in the third for a headbutt], elbows, fists, because I was going to win. But going in to the eighth the bleeding just stopped.

Mickey said afterwards ‘whatever they used to stop it could have kept the Titanic afloat.’

I had put everything in to the early rounds but then he came on. I was knackered. He decked me in the 11th and I got back to my corner. In my view it was the best corner team in the world at the time, and I had nothing left. Dennie looked at me and knew what I was thinking and he said, ‘If you f quit, you will never fight again. Now get out there and fight like a man.’

We were all so fired up. It was an experience for everyone. It was the first fight I had been decked in, that I had to dig that deep in, where I was taken into the trenches. That shaped my character and I used those tactics for all of my fights afterwards. I would just box with people and then I would come on.

Those first seven rounds he had looked busy doing nothing. I knew when I fought [Gaby] Canizales [for the WBO bantam belt] that he would come winging for me but by now, mentally, I was completely different. I boxed his head off. I just boxed with him because we knew he would try to knock me out with every punch, as I did at the start with Jacob. For four rounds I just threw light shots, boxing with him, with what I learned from Jacob.

Going back to the start of the Jacob fight, another trick they had played was – when we got to Calais – they sent a car for us and they drove us around for about three hours on the way to the hotel. When we left the hotel going back after the fight we found the hotel was only about 10 minutes from where the ferry was. But it was all a learning curve and it was part and parcel of becoming a three-weight world champion.