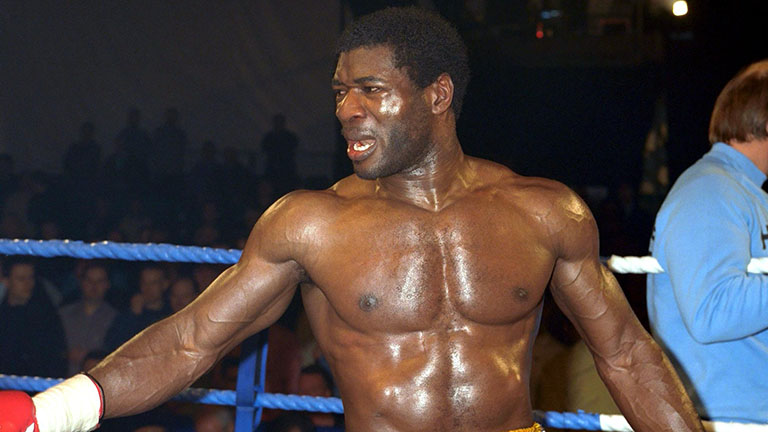 I’VE had so many memorable fights it is hard to pinpoint one but I suppose the fight that stands out was my European title defence against Akim Tafer. Basically, no one gave me much of a chance, it was in France, there was no [English] press there and no one there with me apart from my trainer Billy Graham and [manager] Nat Basso.

I trained hard, I always did. I was in my peak shape for Massimiliano Duran [the fight before, when he won the European belt in Italy] – that’s the only time I thought, ‘My word, am I in good shape?’ But I trained hard for every one of my fights and I was ready for Tafer.

Tafer was a good fighter, a gifted boxer, throwing punches from every angle. I remember going back to my corner after a couple of rounds hoping I did not embarrass myself in case I couldn’t do it. God must have been with me that night. I don’t know how my chin took those punches – I just thought it would stand up to everything he threw at me. It did, and I don’t think he could believe it and then he realised I wasn’t going anywhere.

I pulled off a big upset. I knocked him down in the fifth round and stopped him in the sixth.

I got pushed down twice and because no one had any coverage of the fight they said I got knocked down. But I knocked him down twice. When you’re by yourself in someone’s backyard and you manage to win, it feels great. Afterwards I screamed with delight and I had never done that before or since. That’s how good it felt.

The atmosphere wasn’t too bad, actually. It was not hostile. I couldn’t really believe it because after the fight the French fans wanted autographs. I got more attention over there than when I got back home.

After the fight they had a banquet ready for Tafer because they thought he was going to win, but I went instead of him and was there eating up all the food.

I suppose having the fight over there made it a bit more special. Over here journalists couldn’t even get the story right so I never really got the credit I deserved for that fight, maybe because people didn’t know I’d never had an amateur fight and turned pro only at 26. I became a three-time ‘world’ champion yet was never recognised as a credible fighter over here. I achieved winning all of the belts but financially I didn’t achieve as much as only a few world champions, like Ricky Hatton and Joe Calzaghe, do.