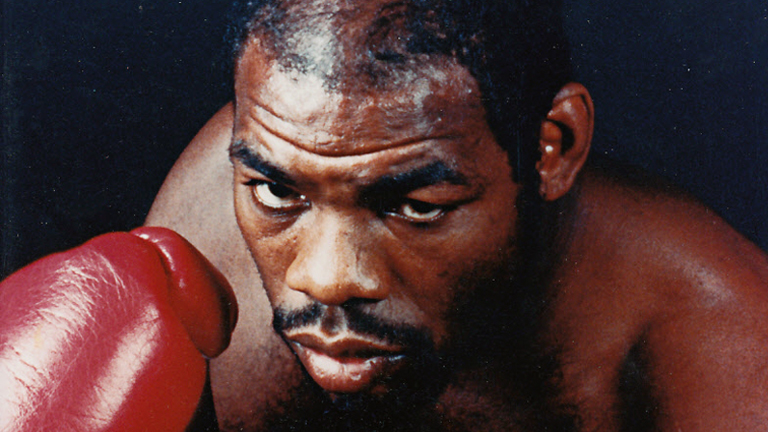 “Without a doubt Tommy Hearns. His right hand and body shots… I hit hard but he hurt me really bad with that right hand. I fought him twice and both times he tried his damned best to ‘kill’ me. He hit harder as a middleweight than as a light-heavy. Tommy punched sharply and accurately but I was ready to take anything he could give me and come back and smash him. We went to war in ’88 and again four years later – and I won both!”

“All of them! That’s all I can truthfully say. I had to go through everyone in my career. I never had any easy fights. Not ever. These guys today, they have a walkthrough – it’s so easy for them. But if you’re pushing me, I’d have to say Hearns is the toughest guy I ever fought. And I fought him twice, man.”

“My second win over Hearns. They all said I won by a fluke in the first fight, so I said to myself, ‘I’m gonna beat him up for 12 rounds this time.’ I knocked him down, busted him up and won a decision in the rematch. No one could ever take it away from me. I was close to my best in the Roberto Duran fight, even though they robbed me because of boxing politics.”

“The Nigel Benn fight was bad. My father had just passed from cancer, so I have bad memories of that whole weekend. If I hadn’t moved when Benn tried to hit me again while I was down in that first round, I’d maybe have ended up like Gerald McClellan. I’m still angry about that fight, but I guess I’ll get over it. Benn’s a preacher now, so good luck to him.”

“The late, great Davey Moore. I learned the most from sparring him. We did lots of rounds, easily over 100. Davey was and is my best friend ever. We went at it hard – and I mean hard – in sparring. He was a tough guy and I was a tough guy. I busted him up, he busted me up on occasion.”

“The fact that none of these guys want to fight me today. I want one or two more fights before I’m finally done. I’m training and getting in shape. I want Bernard Hopkins. I’d like to knock him out!”