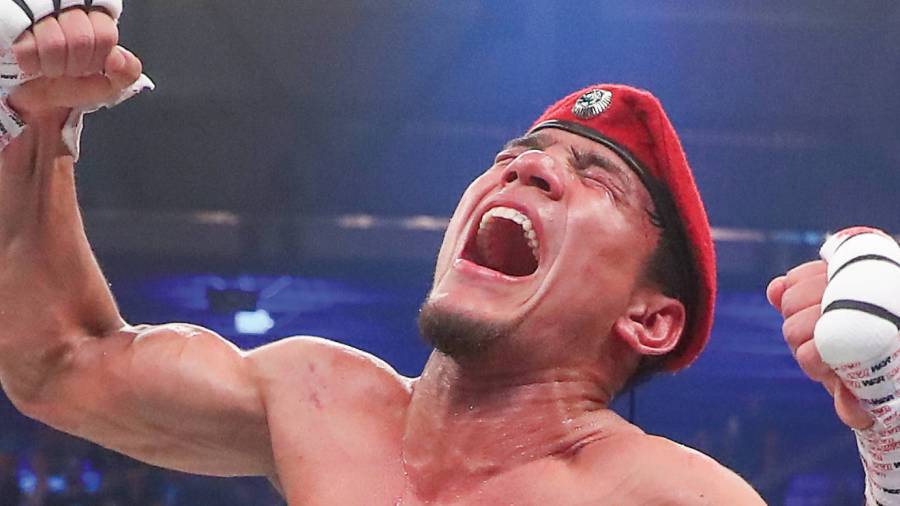 Murodjon Akhmadaliev thought life was tricky to negotiate when he broke both of his legs but it’s nothing compared to the minefield of keeping multiple sanctioning bodies happy, writes Phil Rogers

ALL Murodjon Akhmadaliev wants to do is prove he’s the very best fighter in the super-bantamweight division. But for the number two-ranked star, his quest to take on the number one, Stephen Fulton Jnr, is proving difficult. Bogged down with mandatories and sanctioning body fees, the WBA and IBF belt-holder is bewildered by the current system.

“I don’t know how it works, to be honest,” he tells Boxing News. “Because me becoming a ‘world champion’, I have already had four mandatories lined up. Actually, three for the WBA and one IBF. I just don’t know how it works because it seems like I’m the first fighter in history who has five people to defend the titles against. It seems like Fulton [who holds the other two straps] has no mandatory. They don’t care. But, for me, I was a mandatory at some point and [Danny] Roman gave me this opportunity. And I believe that my priority is to defend my belts. Of course I want to unify but I just don’t understand how it works.”

It is to the sport’s shame that an elite fighter with two of the sanctioning body titles is confused about his path forward but Akhmadaliev at least remains focused upon the task in hand, in this case a fight against America’s Ronny Rios on the June 25 undercard of Rungvisai vs Rodriguez.

“Ronny is very good fighter. First thing I can tell about him is that he is an experienced fighter. He’s been in the ring and fought for the world title and he’s always performed. He always comes to fight. A good fighter. I’m experienced as an amateur but I’m getting my experience right now as a professional. Being a world champion but I’m still learning.

“With every single fight, every training camp, my coaches are saying that you’re getting better. In the gym and the training camps. Because you know you shouldn’t get better in the fight. The less time you spend inside the ring the better, it prolongs your career. But every training camp we add something or we try to get rid of something. It’s learning on the job. I’m young in my professional career but I’m getting pushed by all the sanctioning bodies and everyone so I have to push myself every day to the limit. My coaches do that and we’re working and learning every single day.  The process never stops.”

The 27-year-old’s journey to the top of professional boxing has been an eventful one. The Uzbek’s first passion was football, so much so that he earned the moniker “Kaka” due to his devotion to the Brazilian midfielder. Yet as soon as a friend dragged him to their local gym the noble art had stolen his heart, culminating in a silver medal at the 2015 World Championships and bronze at the Rio Olympics in 2016.

It wasn’t all plain sailing, however. Hailing from a working class home meant Akhmadaliev took a job on a ferry as a child to help support himself and his family. Disaster then struck when he was involved in a horrendous accident on his way to work, shattering his femur and leaving his chances of ever fighting again ruled out.

“A car ran over my right leg so it was broken from the knee to the foot. It was broken in four places. It was pretty bad, they were saying that I probably will never walk again. They fixed it with metal plates and the doctor was saying, ‘Look, forget about the sport.’ Then I fell off a carousel and broke my left leg, a little above the knee! The teachers were bringing me homework. I put on weight. They were saying there is no support for me at all. But I was a little stubborn.

“I went back to the gym against my doctor’s advice. Obviously I wasn’t able to move around like the kids were moving around. I wasn’t able to use footwork as much so I knew that I had to catch them with big shots. So during that time it helped me to build my professional style, to sit down on my punches and just swing, sometimes crazy, just taking guys out! That’s actually when I started taking people out, even being a kid. Just started hurting them, getting them knocked down.”

Life these days could not be more different from those dark memories of hospital beds and broken bones. Uzbekistan is a country that treats its successful athletes with a particular reverence. The reaction Akhmadaliev receives on a daily basis is not lost on him, nor is the pressure on his shoulders to continue to prevail.

“It’s something special for me because my life changed completely after becoming a world champion. I had a lot of support and love and respect and fans over there. But since I became world champion, I just became very, very well known over there. People greet me everywhere. But since being an amateur I always represented my country, was always proud of raising the flag. I represent my president, my people, my friends, my family, my parents, with pride. I honestly pray to be worthy of my country as a champion for Uzbekistan, and for my family.”

Despite this next fight with Ronny Rios being the third defence of his alphabet body baubles, this is only Akhmadaliev’s 11th professional contest. His rapid progression to the highest level was, he says, guided by his own insistence to match him competitively from the very start, something he hopes to continue if he performs to his best on June 25.

“I just love fighting. When I came I said, ‘I want to become a world champion and if you give me an opportunity today, I’ll fight today.’ So that was me initially coming in. I wanted to fight for the world title as soon as possible. God bless my team, it happened very, very quickly. Quicker than anyone ever did it, aside from Leon Spinks. And right now I’m a champion, and I have my obligations to defend the belt, and I understand that. I respect that. That’s part of the business.”

The route to his ultimate goal might be unclear right now but the undefeated Uzbek is refusing to be swayed. He’s in it for the long haul.

“I’m going to defend whatever belongs to me with all my weapons, with all my strength, with all my power, with all my will. As far as challengers, it’s funny because I’m getting called out every single day by people. By champions, by mandatories, by some amateur guys that I faced. ‘Let’s go, that we need to do a rematch now! You beat me in the amateurs, now prove you can beat me in the pros!’ It’s funny, but it’s OK. I get it. And I’m happy because there are a lot of fighters who are not getting challenged at all and I’m getting challenged every single day by every person available, so I’m good with that. I’ll stand my ground until my last breath.”