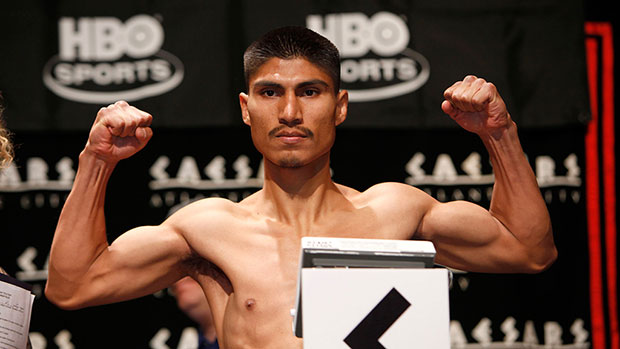 Mikey Garcia will box on July 30 in New York

MIKEY GARCIA has been out of the sport for far too long. He is a tremendous talent and, on July 30 at the Barclays Center in Brooklyn, he finally ends his two and a half year exile from the sport. Garcia is scheduled to box Elio Rojas in a 10-round contest.

“I have no regrets,” Garcia maintained. “I’ve got to enjoy myself more than I had in the last 10 years. When you’re in boxing it’s a year round sport. You don’t have time to yourself, for your family or friends. You miss out on a lot. I learned a lot in my time away about boxing and more.”

Garcia has a perfect 34-0 (28) record, including the scalps of Orlando Salido, Roman Martinez and Juan Carlos Burgos and winning world titles at feather and super-featherweight. He was one of the rising stars in the sport but lost all momentum – he hasn’t fought since January 2014.

But he insisted, “I don’t believe there will be ring rust because I was never really outside of the ring. I’ve been in the gym the whole time, sparring and training. I would spar 10 or 12 rounds just to do it, not because I had a fight but just to keep me active. I know it seems like a long time but I don’t really see it. I feel like I was gone six months.”

On his opponent, Rojas, Mikey noted, “He’s a good fighter with a lot of experience. He can definitely box and has a good right hand. He lost his title to a great champion. He’s very skilled and experienced.”

But Garcia cautioned, “I’m a well rounded fighter. I can adjust to just about any style. I get a lot of diverse sparring so that I can adjust to anything Rojas might bring. Training camp has been going very well and I think it’s going to be a good night for me.

“I think my power will eventually be the difference and I’ll break him down.”

He hopes for his extreme inactivity to be a thing of the past and his target is a lightweight world title. “I want to fight at 135lbs and fight for a title there. I’m going to see how my body feels after this fight but that’s the plan as of now. We’re not looking past Elio, I definitely want to get back in the ring soon if everything goes right,” he concluded.