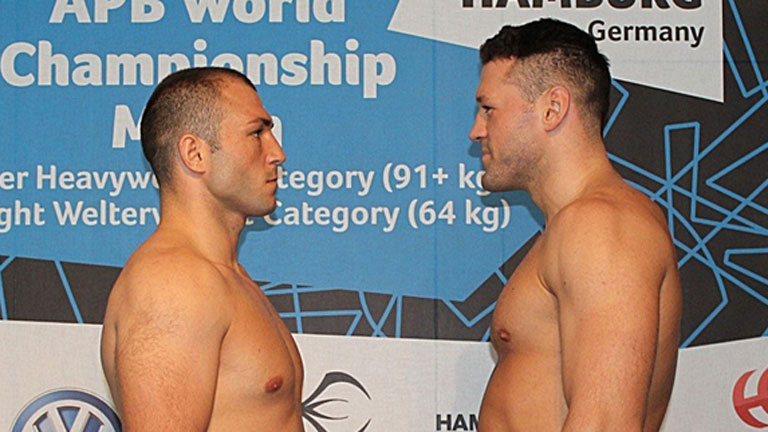 AIBA Pro Boxing is drawing to the close of its inaugural season. The new tournament pits boxers into professional bouts but they remain eligible for the Olympic Games, indeed two places at Rio 2016 are available at each weight.

Nistor is one of only three men to hold amateur wins over rising star and Olympic gold medallist Anthony Joshua. Nistor beat the Briton in Anthony’s first major international, the European championships.

Looking forward to boxing the taller Pfeifer, Nistor said, “It is simple. I reduce the distance that they can use to their advantage by getting closer to them and working on the lower part of the body.

“It is difficult to fight on my opponent’s home turf… but it just pushes me on and makes my desire to win even greater.”

Pfeifer, whom Joshua briskly halted at the 2011 World championships, is no undefeated in APB and has previously beaten Nistor. “I feel very happy, but I don’t feel any pressure. It’s always nice to fight at home, but I can be efficient when I fight anywhere else too,” he said.

Armen Zakaryan and Artem Harutyunyan will also box for the 64kgs APB title.