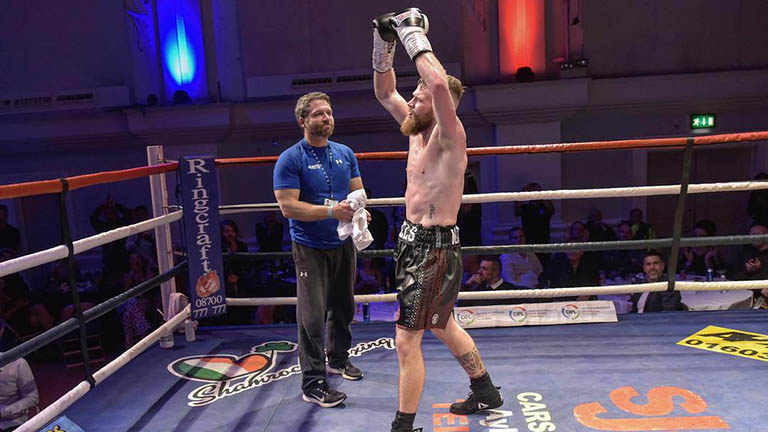 UP against a super Sunday of sport Mervyn Turner’s Shamrock Promotions bravely persevered with a four-bout card at the Corn Exchange.

Encouraged by his large cheering section of supporters, local unbeaten battler Micky Mills remained unbeaten and untroubled as he romped home 40-36. He gained the respect of the sometimes belligerent Blackburn journeyman Naheem Chaudhry with his non-stop pressure tactics that had Naheem’s nose dripping claret from the second round.

Another local, Mohammed Aziz, made a dream debut when a left hook had winless Brummie Uzzy Ahmed draped over the second rope after only 58 seconds. It was the first exchange of note.

The result was announced as a technical knockout, referee Jeff Hinds (who officiated all bouts) rightly beckoning the medical team immediately. Thankfully, Uzzy was able to leave the ring unaided.

The third Bedford boxer on show, Michael Stephenson, smoothly went through the gears as he dominated Bulgarian visitor Tsvetozar Iliev 40-36. Warned for charging in with his head down, Iliev was picked off by Stephenson’s double jabs.

Lauren Parker and Buchra El Quaissi split the four-twos show-opener at 38 points apiece. Lauren, from Stevenage, won the first, when a well-placed left to the ribs slowed the Spaniard.

El Quaissi ploughed forward in the middle rounds, forcing Parker to give ground, but Lauren emptied the tank in the last to grab her share of the spoils.

The Verdict With tennis, cricket and Formula 1 all on the same day, well done to Mervyn Turner for his contribution to a super sports Sunday.