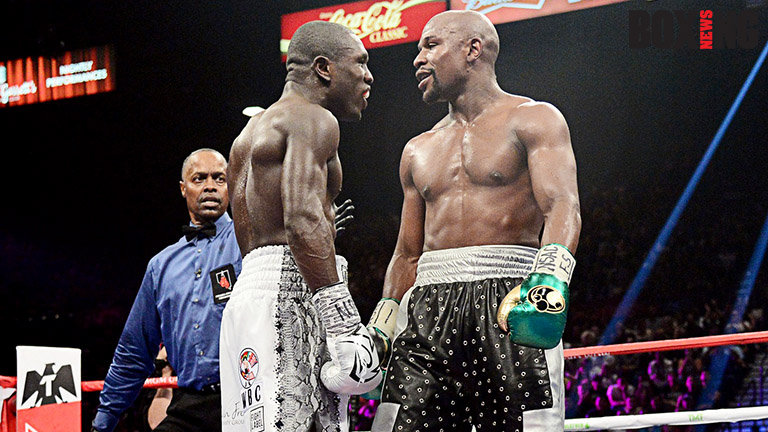 WELL, hopefully we can draw a line under the name Floyd Mayweather Jnr.

He has drawn level in the record books with Rocky Marciano at 49-0, which really is an achievement, even if you never fight away from home and have the same officials for most of your fights – especially the referees – who are all from Vegas, as the Nevada commission will not permit out of state or foreign referees to officiate there.

I do hope Floyd doesn’t decide to have another fight to beat Marciano’s record. If he has one more I hope he gets beaten, as Rocky was a fighter, and Joe Public went to see a fighter and always got entertainment and value for their ticket money with him. If I want to see great movement and footwork, the occasional cuddle and no fireworks, I will watch Come Dancing.

On the undercard was George Groves. Now he is one that you are sure of getting what you paid your money for, a good old tear up. Put down in the first round, not much in it either way in the first seven rounds but rounds eight, nine, and 10 for me were not too strong for George. He’s not famous for his stamina late on in fights, but he dug deep in the last two sessions to keep his hopes alive. Not getting the verdict doesn’t mean he shouldn’t have a return – it was close enough to warrant it – although he will have to go back to Las Vegas again as Nevada-based fighters don’t like to leave their comfort zone and without their own officials to put their titles at risk.

Back home the real star of boxing at the moment is Anthony Joshua. Although his fight only lasted 90 seconds, there was more action and entertainment in that 90 seconds than Mayweather’s last three fights. His opponent Gary Cornish in all honesty came to fight and pressured Joshua for all of the 90 seconds when he was on his feet, and wanted that Commonwealth heavyweight title, but wanting it and beating Anthony Joshua for it is and it was, a different kettle of fish.

It would have been nice if it had lasted a bit longer but what the hell, Dillian Whyte may last a bit longer, not much but at least it will be money well spent because it will be a fight of seek and destroy, not Come Dancing.