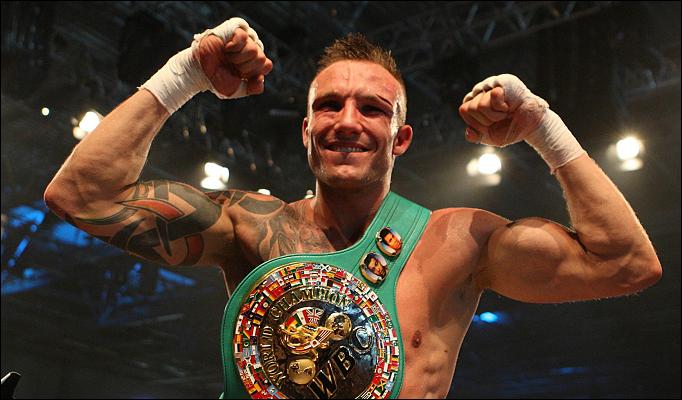 CARL FROCH has decided to give his IBF super-middleweight belt up, and I think he has taken the right action.

I know he had to fight James DeGale next to keep his title, as he is the mandatory, but Carl is, as we all think we know, thinking of calling it a day soon and would like a big fight or two to finish on. James is not the superfight worldwide, and I am not sure it is the superfight in Britain or anywhere else in the world, and it’s certainly nothing to match Froch versus George Groves. Styles make fights and DeGale – to be brutally honest – is not one of those styles.

Based on my own somewhat wayward instinct, if I was Carl and I had looked after my earnings in the ring, I would follow my dream even if British promoters dangled a mighty big carrot under my nose. I would go to the United States where he is also a big name and fight Julio Cesar Chavez Jnr, then after hopefully beating him, have one last hurrah against Bernard Hopkins. Let DeGale, Groves, Felix Sturm and all the rest fight it out between themselves as he has been there, seen it, done it, and so on.

On the subject of super-middleweights I see Mikkel Kessler has called it a day. Well I wish him every success in his retirement and must say he was one of those fighters that I would have liked my boys to take after if they had been boxers. He was a great fighter left everything in the ring whenever he fought, was not prone to bad mouththing opponents, and was a gentleman too.

Kevin Mitchell, now there’s a guy that you never know what you are going to get when he climbs into the ring. Has he trained properly? Has he eaten right? Is his head on for this fight? The only way you will ever find out is when the bell goes for the first round. Well it went last weekend and boy did he look good. I hope we don’t get too carried away as he needs to show it is not a flash in the pan. I would like to see him in with Raymundo Beltran or Miguel Vazquez before he goes into a world title shot. But if he gets his act together he has a chance as he has the skill and for certain the heart.

And finally, I think it is about time that the powers that be of our trade paper the Boxing News decide upon the name of an editor. Every country has its figurehead, every ship has its captain, every business has its chairman or MD or leader, so why does our BN still not have a figurehead that we can aim our insults or praises at?