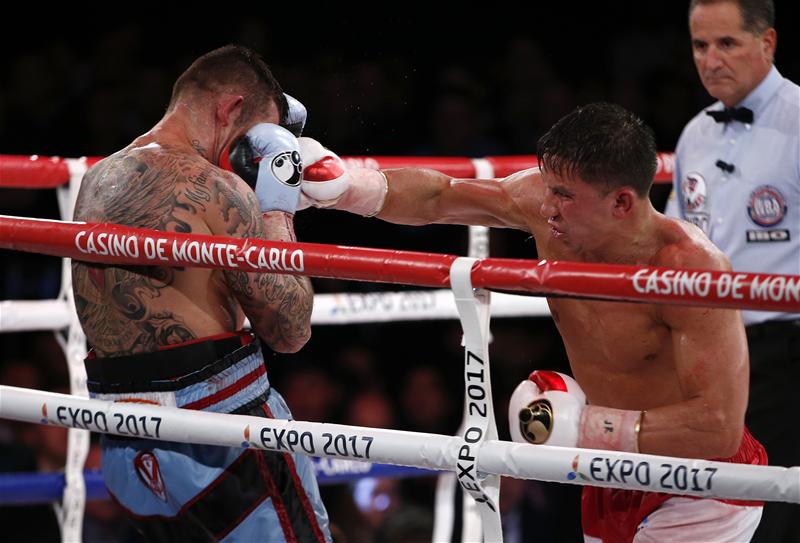 WELL, we now know Gennady Golovkin is certainly an outstanding fighter. Or at least now I know.

His fight with Martin Murray was always going to be a tough ask, I thought. The first round was just a feeling out process, and the second pretty even, but at the end of the third in the last few seconds Golovkin caught Murray and hurt him badly – it was a good job that it wasn’t earlier in the round as Martin probably would not have survived it. He took a lot of punishment in the next round and was down twice but survived. From the fifth it was evident it was going to finish early, although Murray responded in spurts with good combinations but his power didn’t seem to have any effect on Golovkin, who never looked vulnerable. Murray put in a real gutsy performance, but in the end after going down in around 10 the referee Luis Pabon made a very good stoppage in the 11th.

Over to Germany where Paul Smith had his return fight with Arthur Abraham for the WBO super-middleweight title. A good start from Smith, although he had a hard job to get through Abraham’s peek-a-boo guard but I thought Paul should have worked the body more, the commentator kept on about Paul’s good jab to the head and the body but a very large percentage of those shots were taken on the gloves and the elbows. In fact I was of the opinion that for the first three rounds Abraham’s jab was scoring far more than Paul’s. He shook Paul up in the fourth, but his Liverpool grit saw him through. I would have liked to see Paul’s left jab doubled up with a left hook, to get behind Arthur’s high guard. Paul Smith tried the body shots half way through the sixth round and hurt Abraham, and for me, take that round but I could still only gave him the first and sixth at the halfway point and then The 11th round. The scoring was spot on for me, with two judges scoring 117-111 and the third notching 116-112 – nothing to argue about there.

Both sets of commentators at the two big shows said the British fighters deserved to be in there. Well they both got well beaten, both were a level below in class, but both showed that great British bulldog spirit. Is that a good enough reason to say that they are world class?

Talking of world class I am looking forward to Tyson Fury this weekend and hope to see a world class performance, but one thing we can guarantee there will be plenty to write about especially with Chris Eubank Jnr also on the show; two of boxing’s characters that can also fight.