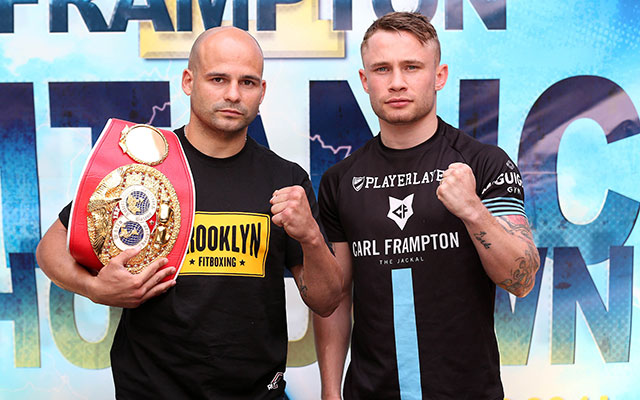 BIG congratulations to Marco Huck for successfully defending is WBO cruiserweight title against Mirko Larghetti, and in doing so he has drawn level with Johnny Nelson’s all-time divisional record of 13 successful defences.

Johnny had 59 professional fights, only lost 12, and most of those defeats were early in his career. Saying that, Johnny also had some stinkers, and won’t forgive me for bringing two of these to mind. The first was in his home town of Sheffield when he challenged Carlos de Leon for the WBC cruiserweight title in 1990 – it finished a draw and was one of the worst, if not the worst fight I have witnessed. My god, it was the finest cure I have ever seen for insomnia.

The second was two years later in the USA when he fought James Warring and lost on points for the IBF title. I remember it because I was going to Mexico to referee Miguel Angel Gonzalez against Leavander Johnson for the WBC lightweight title. To cut a long story short, while I was on the way back, I asked around for the result and finally found a guy that knew and he said Nelson had lost on points, and it was better than the De Leon fight but only because it took two rounds longer to fall asleep.

Well, you won’t have that trouble staying awake this weekend with Carl Frampton and Kiko Martinez. It’s just a feeling I’ve got but Kiko may just pull off the surprise; the odds are against him but don’t say I didn’t tell you. Only a short column this week, I’m just off to Manchester airport – I am flying to Dubai for an IBF refereeing job. I hope my wife remembers to record the Belfast show.