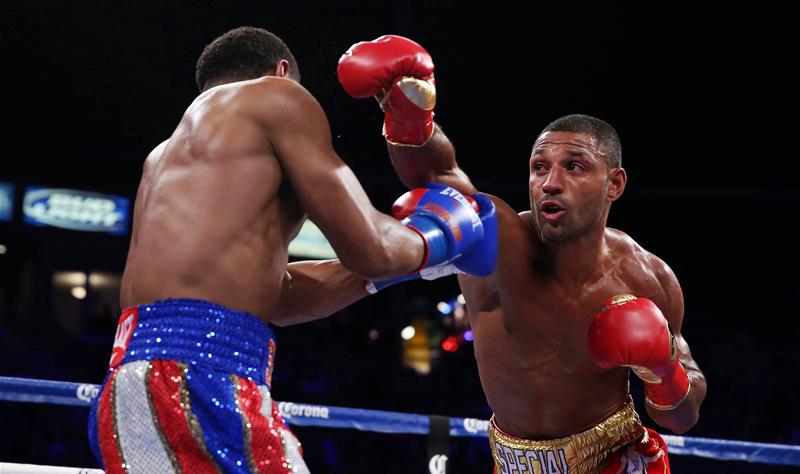 CONGRATULATIONS to Kell Brook on claiming the IBF world welterweight title in a contentious fight in which a large amount of people thought he was lucky to get the verdict, me included. On that point to start with I thought judge Dave Paris from England was closest to the truth with his score of 114-114 equating to six rounds each. The fight  itself was an untidy affair and hard to score, with Shawn Porter taking the early rounds and Kell finishing the better in the later rounds. It’s not often that the British fighters get the shake of the dice abroad but I think we got a real good rattle this time.

Personally found the fight very poor. I would have turned the television off after the second or third round if it hadn’t been a British fighter that was on. But then when the commentator said that it was a great fight and, whoever won, he wouldn’t have missed it, I thought, ‘Jesus Christ, I’ve seen more action from watching the kettle boil.’ Kell would throw a jab and grab hold, then Porter would charge in like a headless chicken sticking his head into anything that it came into contact with. The referee Pat Russell is a friend of mine but I would have liked to have seen him take some points off Porter for his misuse of the head and in the same vein I would have given the same penalty to Kell for continuously holding. Maybe it wouldn’t have done any good but, with the sanction available, I think he  should have made use of it. But what the hell, Britain’s got another world champion.

There is talk of matching him with Amir Khan but on this showing I would hope he keeps clear of him if he wants to keep hold of his title as I fear Amir would give him a working over.

I watched the IBF world cruiserweight title fight between Yoan Pablo Hernandez and Firat Aslan on Saturday night and, believe it or not, it was a similar fight to Brook versus Porter. Aslan came forward, guard held high and head down absorbing the shots from Yoan and throwing the odd ‘look out Yoan I am still here’ punch, and Hernandez firing in hooks, jabs and uppercuts. They didn’t stand and cuddle each other every time they threw a punch. It was an absorbing  fight and at times very exciting with Hernandez taking a close split decision. I feel like I’ve watched two different shows this week, one was a true blood and guts fight from Germany and the other was a rehearsal for Strictly Come Dancing all the way from California.

Roll on Kiko Martinez against Carl Frampton, believe it or not I think this is a near 50-50 fight although if I was to pick a winner it would have to be Carl. I am sure the atmosphere alone prior to the fight will be worth the admission fee.