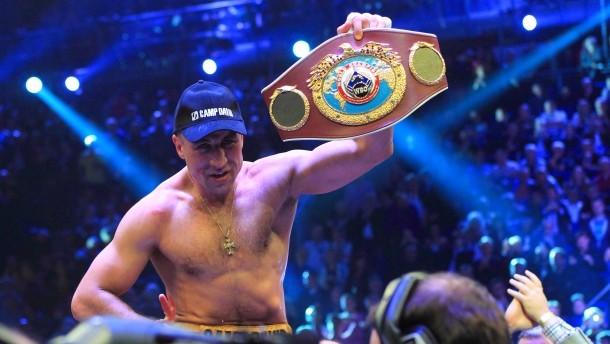 The scores were questionable but Abraham deserved his victory, says Uncle Mick

WELL, I did say Paul Smith had an even chance of lifting Arthur Abraham’s world title and he came very close to it.

I read some comments on Facebook and e-mails etc, and the majority of views beforehand were that Paul would be stopped by between the fifth round and the eighth round. Now all of the so-called pundits have decided that it was a disgraceful decision and the decision should be overturned. Well, I personally thought it a fair decision, in terms of the winner; I thought Paul should have put more into it after about four rounds and have nothing left at the end of the fight and maybe he could have bossed Arthur about. The controversy is, in truth, not about the verdict but more the wide scoring from the judges. I thought the score of 119-109 was very harsh on Paul and maybe the two 117-111 scores looked wide, but those two judges saw him only win three rounds, and to be fair they were sat ringside, completely focused and concentrated on the job in hand. We, on the other hand were sat at home with a completely different focus on the fight, maybe talking and feeding, having a bit of supper, listening to Sky’s Jim Watt waffling and agreeing with his point of view, which is not always the right one, and before you know it we have a controversial verdict.

If we did away with the announcement of the scores like we did when I was fighting years ago – which incidentally I don’t want to see returned – we more than likely would have been saying “Well done Paul, hard luck, you did your best,” instead of “The verdict should be overturned, it’s a disgrace, the fight was a fix, let’s decapitate the judges.”

We are gradually becoming a nation of whingers, but let’s take it on the chin, it doesn’t change the verdict, so let’s brush ourselves down and do better next time.

I was reading ‘Heroes and Villains’ in last week’s Boxing News. Tris Dixon, Matt Christie, and John Dennen, all dug out Tyson Fury as the Villain for keeping his mouth taped at the press conference. John said it wasn’t helpful to the journalists for getting any quotes. Well if you can’t get a story out of that you are in the wrong vocation. Why should Tyson Fury rant on about Chisora and cop another fine so that the journalists can get a story – make a story out of what’s in front of you. Do you mean to tell me that if a fighter doesn’t insult his opponent there is nothing to write about? I don’t think I have to answer that.

Staying on the Fury-Chisora, I think behind all the bull**** there is respect for each other and it certainly looks a fight worth watching. I will also be interested to see who the officials will be, and to be honest, I think it will be an easy enough job to referee, and I’m too sure the judges will be needed.