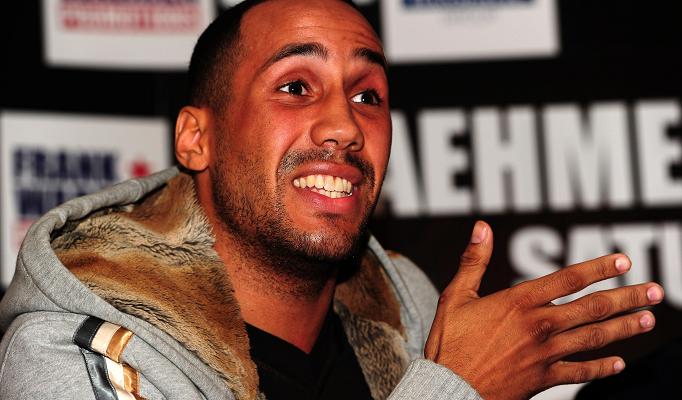 WE have a new era at Boxing News with the retirement of Tris Dixon as editor who is moving on to pastures new after five years at the helm. They are advertising for a new editor but don’t worry I don’t think I will apply for the job but I would like to see an internal promotion as our magazine is very special, and so is our sport, and experienced personnel with a good grounding of boxing is needed, not some ex-football correspondent, or even worse trying to be politically correct and recruiting some Marjorie Proops-type because she’s well connected. I want to read my Boxing News every week with the confidence that the captain is going to produce interesting and contentious issues every week, and not making sweeping changes because a new broom doesn’t always sweep clean.

That said let’s start the New Year with the stand-out fighter and fight of 2014 – Carl Froch and his second fight with George Groves. Carl has been told to make his next defence, by the IBF with whom he is super-middleweight champion, against our own James DeGale. As I have said before he has been a great champion and servant for our sport of boxing and he wants a big pay day in the United States, so let him fight Julio Cesar Chavez Jnr, and then fight DeGale. James, in all honesty, has not fought or beaten any one of the quality that Froch has; the likes of Brian Magee, Robin Reid, Jean Pascal, Jermain Taylor, Arthur Abraham, Glen Johnson, Mikkel Kessler and the aforementioned Groves have all been dispensed. The only fighter in that list that DeGale has fought was Groves, who beat him and later secured the unsuccessful shots at Froch. Boxing News rank DeGale in the lower half of their rankings, so I would suggest that James fights somebody with a bit of credibility and lets his fists to do the talking instead of his mouth. I hear that Bob Arum says a Chavez Jnr fight won’t happen now, which is probably because he wants the odds his way 80-20 in his fighter’s favour, and that will not be anywhere near the case against Froch. Although what a fight it might be, and could attract a turnout of Brits to surpass Ricky Hatton‘s voyages to Las Vegas as Carl has a great chance of winning, and I doubt whether he will need to worry about the judges’ scoring. I for one would save up my old age pension buy a canoe and row there.
Also worth noting was Andy Lee providing Irish boxing with a great shot in the arm when he stopped Russia’s Matt Korobov to lift the WBO middleweight title. It was that famous Irish grit and determination that took him through after being behind on all the judges’ cards, listening to the wise words from Adam Booth in his corner – who is becoming a force in the world of boxing coaches.

Lee went out for the sixth round behind on all cards and hit Korobov with a stunning right hook to stagger him, then on unloaded on him with something like 15 or 16 punches leaving referee Kenny Bayless with no alternative but to stop the fight, and Andy was the champion of the world. He is the first Irish fighter to win a world title in America since the 1930s. What a start to the New Year with a likely defence against our own Billy Joe Saunders.

THE first issue of 2015 is OUT NOW and will be available digitally every Tuesday, with the print edition coming at you every Thursday. Get Involved.