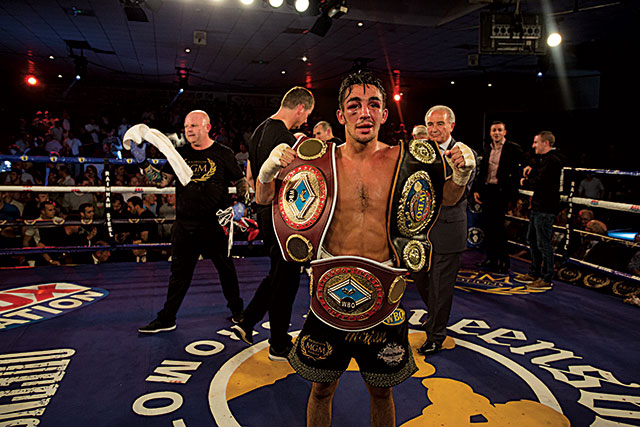 Jamie Conlan was allowed to fight back and claim victory. The referee of the contest explains why

I WAS in Dublin at the weekend for the Queensbury and MGM promotion at the National Stadium, where I refereed Jamie Conlan against Junior Granados from Mexico, and Steve Gray from Fleetwood refereed Tommy Langford against Julio Cesar Avalos.

Lately there seems to be a witch hunt on officials that make errors as they are an easy target. I was a judge for Gray’s contest (I was impressed with Langford, he is not the finished article but he’s getting there) and when Steve halted the fight against Avalos my first reaction was that it was maybe a fraction early. However, watching Avalos walk back to his corner with the aid of Steve and the corner man I realised it was a great call from the referee. It brought back memories of Howard Foster’s call in the first Carl Froch-George Groves fight when everyone crucified him. He has since been proved right, after Groves admitted he felt worse after that fight, than he did following the clean knockout in the rematch. You have to be there, up close, and make that split second judgement for which Howard has now been exonerated.

I also received some criticism on the fight I refereed, with suggestion that I should have rescued Jamie Conlan while he was under fire following two knockdowns. One of the discerners said that Junior threw 60 punches, and that might be true, but I was on top of the action, and if my memory serves me correctly, only three of those punches hit the target as Conlan was swaying up, down, left and right and the rest of the leather that was thrown landed on the arms and gloves. If a fighter is hurt, his first reaction is to grab hold of his opponent for all he is worth and try to buy some time. Conlan was focused and saw everything coming, when all is said and done this is what our sport is about; the noble art of self defence.

I have been extolling the virtues of our star grade referees and think that any age limit ruling is wrong and feel that an annual exam of one’s fitness and possibly a reaction test with retired top grade referees monitoring their performances and a critique directly after the show. These are the officials that are assigned to the top fights. This kind of critique should apply to all referees as it is expected that the lower grades will make mistakes but it is part of their learning curve and they will receive expert analysis. I am 72 this year and have been told by my commission that they are still extremely happy with my performances, and until they tell me otherwise I should be allowed to exhibit my talent.

An American boxing pundit set out a list of five all-time great referees over the years and the list including three from America, including Mills Lane and Arthur Mercante, and the other two were South African Stanley Christodoulou and our own Harry Gibbs OBE which says a lot about our system.

This Saturday is a must watch on BoxNation with Terry Flanagan against Jose Zepeda an unbeaten boxer against an unbeaten puncher, you watch the fight and I will watch the referee.