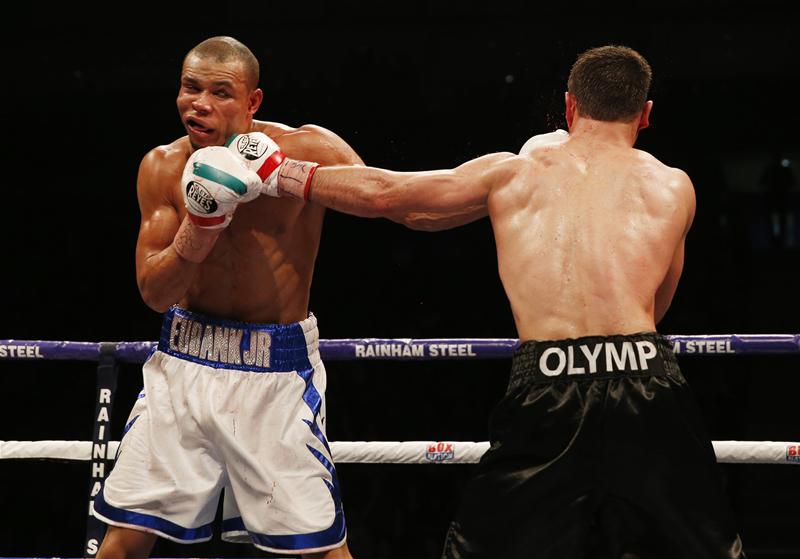 Vann has praise and advice for Eubank, Carl Frampton and Tyson Fury

The fight itself could be looked at in two different ways: Did Avalos deserve to be in the same ring as Carl or was Carl so impressive he made Avalos look second class? I think it was a bit of both myself. Carl is improving all the time and his tactics and the execution of these was faultless, but I would have expected a world Top 10 fighter to be able to come up with a Plan B but Avalos couldn’t. Trouble was his Plan A seemed to be to try and upset Frampton at the weigh-in and hope he didn’t turn up for the fight.

Someone who did turn up on the night a few hundred miles away was Chris Eubank Jnr on the way back from a contentious decision against Billy Joe Saunders. His opponent the tough as teak Dmitry Chudinov the WBA interim champion and for me this was the best fight of the weekend.

Chris did everything right, even to the frustrating use of his grabbing and smothering Chudinov’s obvious attempts to work. But Chudinov hit Eubank with some good shots to the chin and body, only for Chris to go walkabout, duck low, grab and then fire back in bursts of 10 and more punches. Chudinov absorbed them, but in the last round he didn’t manage it, and although he didn’t go down he was on the end of some powerful shots, and the referee rather belatedly jumped in to halt the fight. I was always a staunch supporter of Eubank Snr in his fighting days but I find myself comparing father and son and if I am honest I think Jnr is a more exciting fighter than dad.

Another fighting family, the Furys, had Tyson topping the bill and he really had an easy night. I think Tyson switched off a bit because after the first round he must have known the fight was his and although there was quite a lot of holding and mauling there was some really good work inside from Tyson and excellent footwork. I feel he needs good quality opponents to take him out of the comfort zone he was in at the weekend, but  for me he is by far our best heavyweight, although I have a lot of time for Anthony Joshua but I think it is 18 months too early for that fight.

This week has thrown some great fantasy fights up, Frampton versus Scott Quigg, a rematch between Billy Joe Saunders and Chris Eubank Jnr, and if David Haye still has aspirations about a comeback Tyson Fury is waiting. If they ever happened my money would be on Frampton, Eubank, Fury, and just to crown it off at the bookies I throw a win in for Manny Pacquiao.