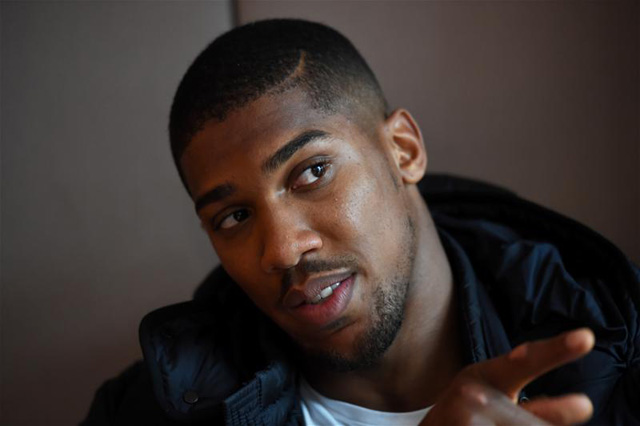 WELL, the dust has settled and Anthony Joshua is the IBF heavyweight champion.

I just can’t believe Charles Martin lasted into the second round! There was no ambition to win the fight, and it was surprisingly lacklustre effort from a guy who had just obtained a portion of the world heavyweight title – not only that, he hails from the United States where they take great delight in calling our heavyweights horizontal.

It gets better. A week later, when Martin is 3,000 miles away, in the safety of his own domain, he decides to come up with an explanation for his defeat: he had damaged his ribs a week before and didn’t want to call it off in case he was sued by the promoter. I understand that, but let’s face it, he stands more chance sued by the public for pretending to be a boxer. What I find hard to comprehend is, that if you have sore ribs, how does that make your chin weak?

Still, while we must keep things in perspective, let’s not take anything away from Joshua. He beat what was put in front of him and that is what he was paid to do. I had the pleasure of sharing the top table last week with him at the Queens Hotel in Leeds for a charity dinner and I was amazed at his patience and his decorum as the long queues of the guests wanting photographs and autographs, then sitting down for his meal with signatures and selfies still being requested, and even when security and his management tried to intervene he brushed them aside and carried on. One day he might find the attention tiresome, but the Anthony Joshua I saw has the makings of a world champion in every sense.

Sat next to Joshua was the diminutive figure of Leeds’ own double ABA champion Jack Bateson, who missed out on a place at Rio 2016. That’s a bitter disappointment and it shows the depth of talent that there is in when a fighter of his quality fails to make they GB team. I have known Jack and his dad, Mark, a long time as I used to take the Leeds Rhinos Academy rugby league team training at Burmantofts boxing club which is where Jack learnt his trade. Talking to Jack and his dad it seems he is vying towards the professional ranks which is something I can quite understand after the disappointment of missing out so narrowly on the trip to Rio. If turning over is the answer for Jack he will have plenty of encouragement and support from the diehard Leeds public. I am already looking forward to potential fights like  Jack Bateson versus Charlie Edwards at the Leeds Arena.